Romania vs Montenegro – Preview, and Predictions

Romania vs Montenegro – In Group 3 of the UEFA Nations League, Romania will face Montenegro in a League B encounter. They’ll be dueling it out at Stadionul Giuleşti – Valentin Stănescu on Tuesday.

Romania is currently in bottom place in the group, with three points from three games. They had only one win and had lost on two other occasions. The hosts have had a difficult start to the season and are currently in the relegation zone.

The hosts began their Group 3 campaign with a 2-0 loss to Montenegro, followed by a 1-0 loss to Bosnia-Herzegovina three days later, leaving them in last place after two games.

They did, however, win their most recent match, 1-0 against Finland, to earn a much-needed three points. Montenegro, on the other side, is in third place with four points after three games.

In the group, they each won, lost, and drew a game. They haven’t been able to win since their initial victory over Romania.

The visitors’ defense must improve, as they have been surrendering frequently. Montenegro tied 1-1 with Bosnia and Herzegovina in their previous Nations League match.

The visitors came in fourth place in their World Cup qualification division, missing out on the competition in 2022, and they were also absent from the last European Championship. As a result, this is a crucial campaign for them.

They’ve met six times, with each team winning two games, and Only one side scored in five of their last six encounters. The rematch was won by Montenegro by a score of 2-0.

Romania defeated Finland to end a four-game losing streak. They have won three of their past four home games and are unbeaten in four.

The hosts are also unbeaten in three head-to-head games against Montenegro, winning one of them. In two of their three home games against this opposition, the Wolves also kept two clean sheets. 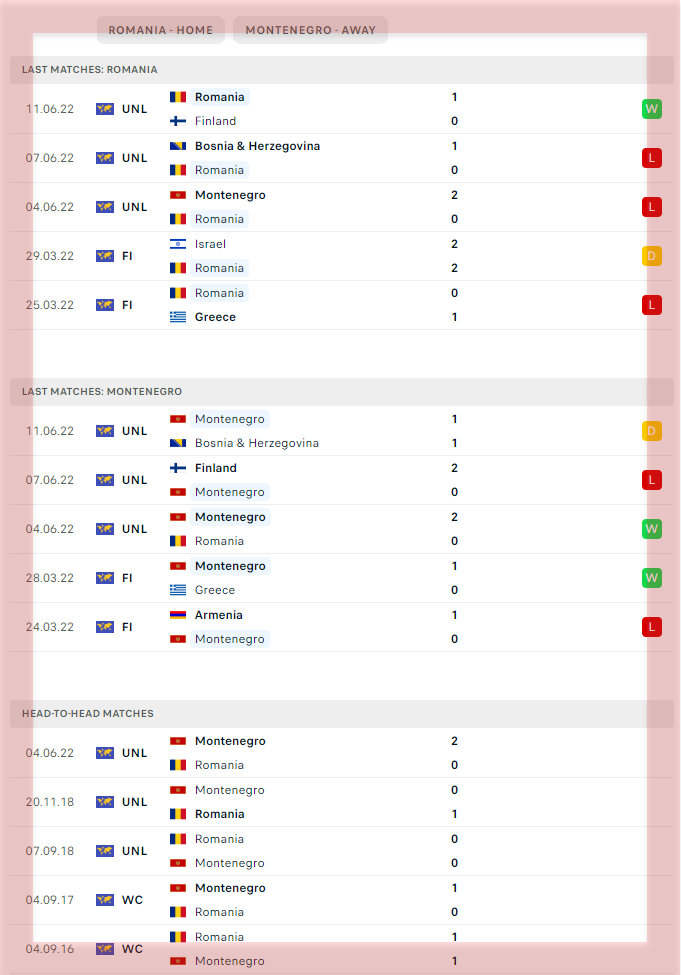