Maritimo vs Chaves – Preview, and Predictions

Maritimo vs Chaves – Veteran of the Portuguese top division, Maritimo finished in the middle of the table the previous year. Chaves, meanwhile, spent the previous season in the second level and only achieved promotion to the top flight at the conclusion of that campaign.

They have no prior experience playing against teams in the top division, and their previous performance provides ample proof of it.

They are currently losing games and surrendering a lot of goals. Additionally, they have had trouble maintaining their form when travelling.

Maritimo, meantime, has recently put together a strong run of performances and has been reliably scoring goals. Impressively, they have had a string of successful performances in front of their home fans, and they haven’t had any offence issues at all during these contests.

In addition, they have a strong history against this opponent in this stadium, and taking into account all of these facts, it is anticipated that Maritimo will put on a successful display tomorrow.

In three of the previous four games, both teams scored, and three of the last four games had three or more goals. The most recent game played here had resulted in a 2-1 victory for the home team.

Be aware that they have won 4 of their last 5 home games in a row while remaining unbeaten. On the other hand, Chaves is now on a two-match losing streak and had failed to score in both of these contests.

Also keep in mind that they had lost six of their previous ten road excursions. And to top it all off, Chaves has struggled in head-to-head matches at this stadium in a troubling way. 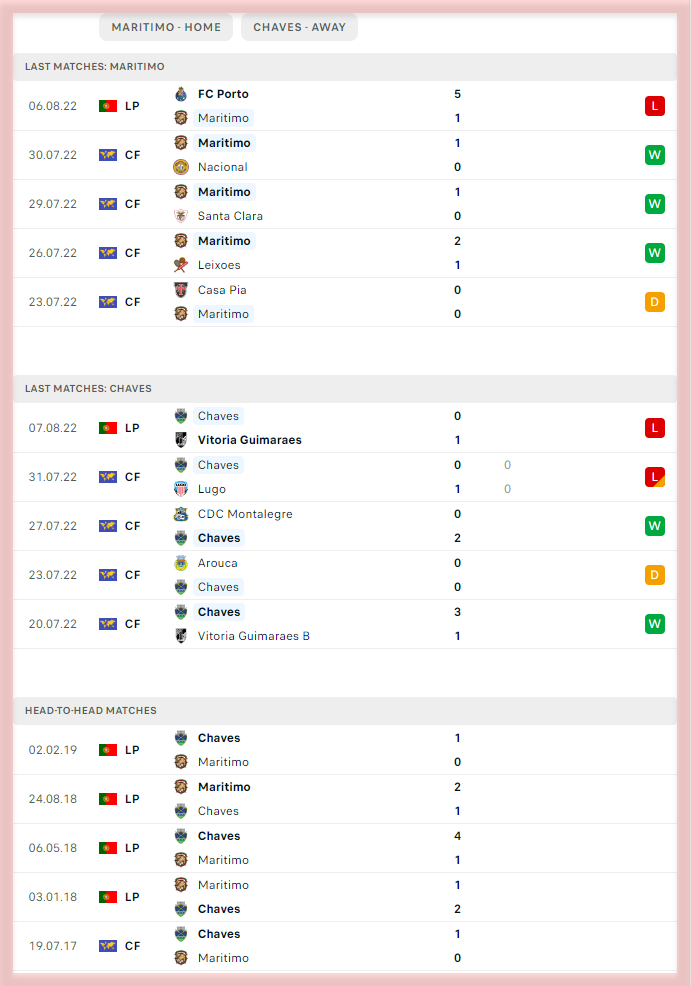