Verona vs Napoli Preview and Prediction

Napoli has been one of the best teams in the Italian top flight for several years, and they finished third the previous season as well. Meanwhile, Verona had to settle for a mid-table finish in the league last season.

Throughout the season, they had gone winless in 24 of their 28 games and had conceded a large number of goals. And it should be noted that they have continued their habit of allowing a lot of goals in this new season as well.
It is also concerning for their fans that they have been unable to capitalize on their home advantage in the past.

Meanwhile, Napoli finished third in the table the previous season, trailing top-placed AC Milan by just 7 points at the end of the season. They had only lost seven times during this period, and only previous champions Juventus had conceded fewer goals.

Furthermore, they have a superior head-to-head record against this rival over the years, and taking all of these observations into account, it is expected that Napoli will win tomorrow.

Napoli, on the other hand, is on a 9-game unbeaten streak and a 5-match winning streak. They are also on a three-game winning streak on the road, during which they have scored a total of eight goals. 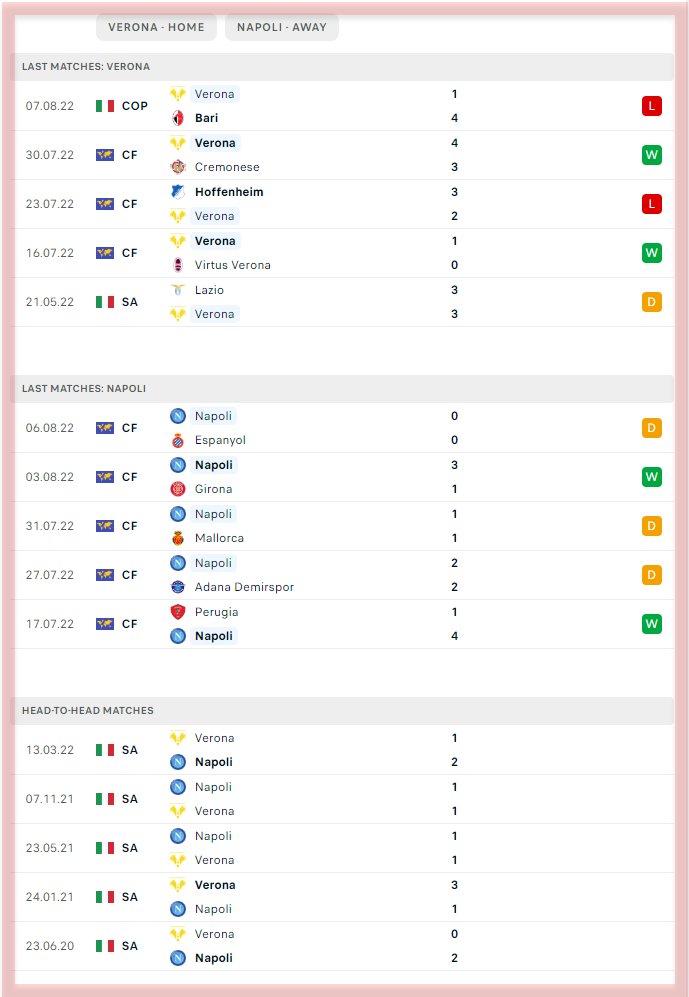