Mainz’s last game was against Union Berlin. Mainz only managed one goal in the game, and it came at the very end. Union Berlin scored three goals before Mainz scored one. The final score was 3-1 on FT.

Dortmund’s most recent match was against Arminia Bielefeld. Dortmund scored the only goal of the game, resulting in a 1-0 FT win for Borussia Dortmund.

Mainz’s performance has been inconsistent, resulting in mixed results for the team. The team has four wins, one draw, and five losses in the last ten games. With 34 points from their matches, they are ranked tenth in the league.

Throughout the season, Borussia Dortmund has performed admirably. The team is currently on a four-game unbeaten streak and will attempt to keep it going. Dortmund has seven wins, one draw, and two losses in their last ten games. With 53 points from their matches, the team has maintained second place in the league table.

Dortmund, on the other hand, has won its last two home games. The team is on a five-match winning streak on their home turf. They have performed admirably at home, losing only one game so far. Dortmund has also performed admirably on the road. They are unbeaten in their last four games, but they have lost four of them. 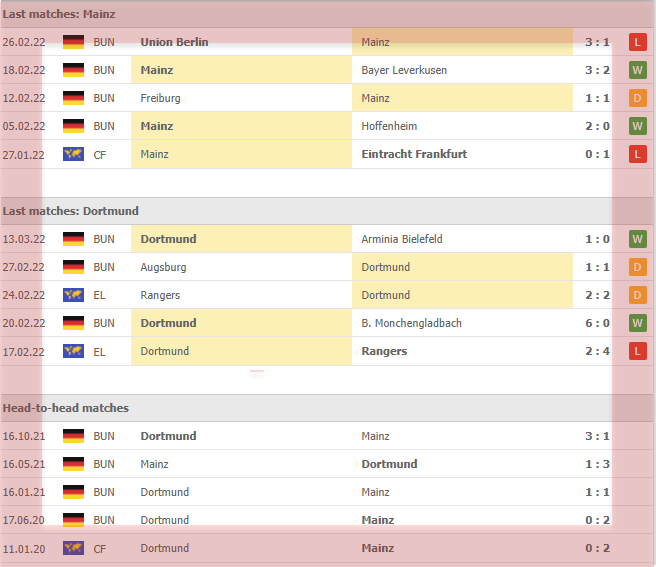