Lille vs Chelsea – preview and prediction – team news, and lineups

Lille vs Chelsea – Chelsea started their knockout campaign in style, winning 2-0 at home in the first leg. They will now travel to France in the hopes of finishing the job and making it to the Quarters.

They’ve been on a hot streak of late, and it’s impressive that they’re still in contention for a top-three finish in the Premier League this season, despite stiff competition.

Meanwhile, Lille have been struggling a lot in recent weeks – even at home. They’ve also had a bad run of results in the French Ligue 1.

And, on top of that, the team must overcome a two-goal deficit. For the Blues, this is a dream scenario. Expect them to make the most of this match and, as a result, to win again.

The current champions won the first leg 2-0 at their home ground, and they now travel to the Stade Pierre-Mauroy to defend their lead.

Lille, on the other hand, had lost seven of their previous eleven games, and they had only won once at home in the previous two months.

Given these observations, Chelsea should win this Wednesday. Expect plenty of goals, especially since the hosts will be going for them from the start. Visitors will try to take advantage of this desperation.

Meanwhile, the Blues are on a two-game winning streak against other French opponents, with a total of five goals scored. 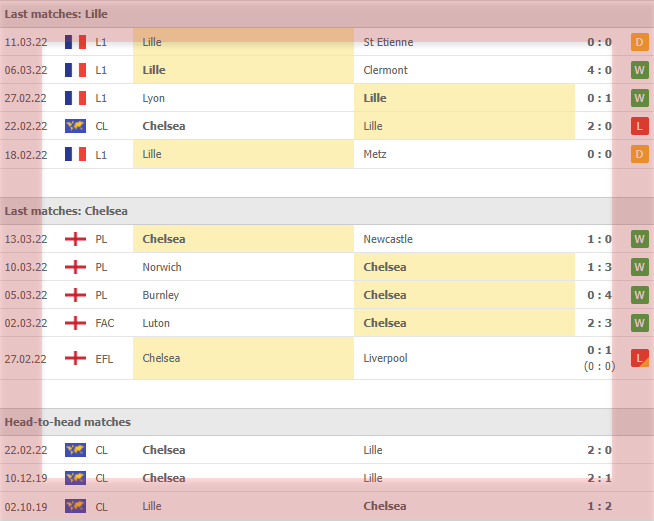