Liechtenstein vs Andorra – Preview, and Prediction

Liechtenstein is by far the worse of the two. They are ranked last in the table and have a 100% losing record. They have been conceding goals in large numbers since the tournament began.

Their defence, whether at home or on the road, is a complete failure. They will strive to pursue a victory with only two games left in the season. However, they have no actual need to do so.

Since they are in league D, relegation is also not a threat, so promotion is already ruled out. However, there is a problem of pride because placing last in the lowest league is not something to be proud of, therefore they will do everything in their power to avoid it.

Andorra would desire this, so that is what will happen. Even though they haven’t been the group’s best squad, they are unquestionably superior than their opponents for the day. They are ranked third in the standings.

In reality, they triumphed in the rematch between the two teams, and they have an outstanding head-to-head record in recent years. It appears like Andorra will win this coming Thursday.

In the most recent game, Andorra prevailed 2-1. They have won every official match they have participated in. They have never allowed more than one goal against this opponent.

Ten years have passed since Liechtenstein last experienced victory, and that too in a friendly. The losing streak for Liechtenstein is ten games, while their winless streak is 23 games.

Uncomfortably, 20 of these were losses. Also keep in mind that they have conceded two goals or more in 14 of their last 17 games. However, Andorra had gone undefeated in four of their previous six games overall, with an outstanding three victories.

Additionally, one of these victories was also achieved against the same foe. In light of these findings and previous head-to-head outcomes, Andorra should prevail this Thursday.

Liechtenstein vs Andorra – Head -to- Head 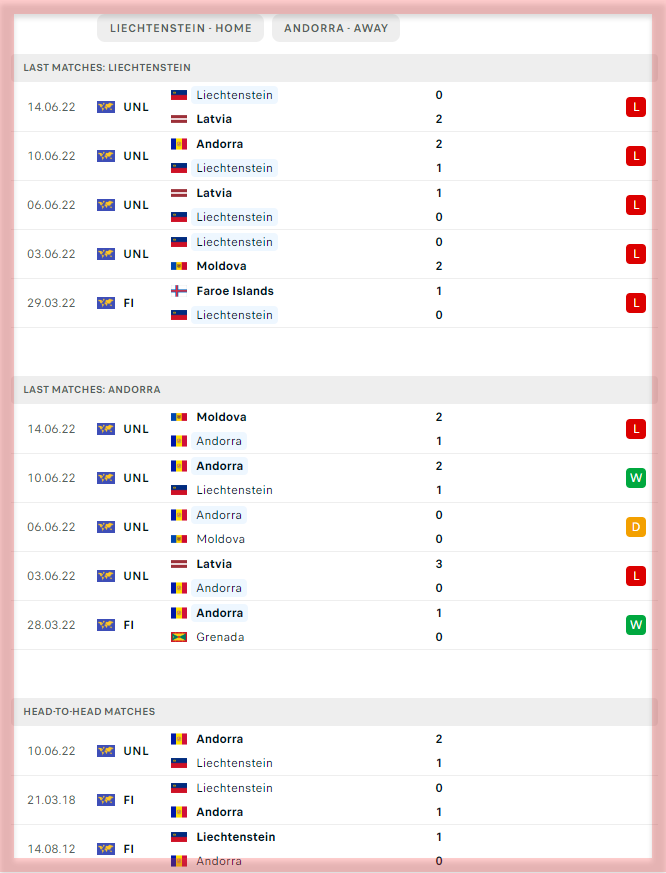