Istanbulspor vs Trabzonspor- Preview, and Prediction

Istanbulspor vs Trabzonspor-Istanbulspor had a mediocre record throughout the previous 1.Lig campaign. Near the end of the season, they started to lose consistency.

To qualify for a position in the Super Lig this season, they have nonetheless been successful in securing a promotion spot to the play-offs.

Trabzonspor, meanwhile, will be in excellent spirits as a result of their much publicized victory last season. They won their eighth title because to superb offensive and defensive play and shape. This year, they’ll try again.

It appears that Istanbulspor, a newcomer, will play the league’s reigning champions in their inaugural Super Lig match on Friday at Necmi Kadioglu Stadium.

In the most recent iteration of this head-to-head contest, Trabzonspor has been the dominant power. where they have won their last eight matches against Istanbulspor without losing. Trabzonspor won 0-5 in a recent matchup.

After the previous 1.Lig season is over, Istanbulspor should perform admirably in the playoffs. They were successful in outperforming other 1.Lig teams this season to secure a position in the top tier.Recent friendly recordings aren’t great.

Istanbulspor’s recent home performance has not been great. They are currently on a run of six games without a victory. Three of them also made negative statements.

Trabzonspor, on the other hand, has been relishing their seventh victory. After that, they are shown engaging in friendly play. Anyway, the majority of them were losing performances.They won the Turkish Super Cup by beating Sivasspor 4-0.

Currently, Trabzonspor’s road performance is inconsistent. In any case, they will undoubtedly possess sufficient self-assurance and potential to defeat this Istanbulspor team. 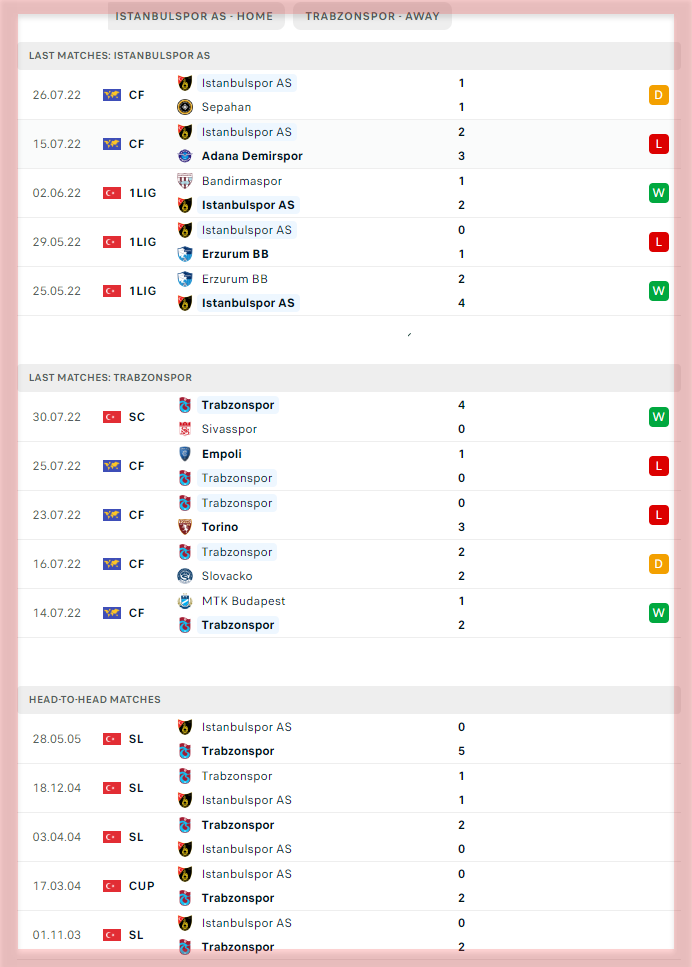