Crystal Palace vs Arsenal –The 2022–23 Premier League season opens with a London rivalry on Friday night when Crystal Palace hosts Arsenal at Selhurst Park, much like it did last year.

Only a few months ago, Patrick Vieira’s team destroyed the Gunners 3-0 in this matchup, but Mikel Arteta has worked hard this summer to address the holes in his Gunners XI.

Former Invincibles captain Vieira received a nomination for manager of the season after guiding the Eagles to a 12th-place finish and the FA Cup semifinals last year. At Selhurst Park, optimism is high under the Frenchman.

Conor Gallagher’s return to Chelsea was a cruel disappointment, but Cheick Doucoure and Malcolm Ebiowei are prepared to make an impact in the English capital, and Vieira’s team ended preseason on a mostly good note.

The Eagles approach this match with consecutive victories against Queens Park Rangers and Montpellier HSC in friendly matches. Liverpool and Manchester United were the only teams to defeat them during the exhibition season.

Palace, which went undefeated in its past six home games and kept clean sheets in each of its last five, starts the season at Selhurst Park.

When their All Or Nothing Amazon Prime documentary is released, fans will soon be able to see what happened at Arsenal during the 2021–22 season, including that dismal match for Mikel Arteta at Selhurst Park.

While the Gunners’ return to international play in the Europa League was a triumph, their late-season collapse allowed Tottenham Hotspur to come in and claim the fourth and last Champions League spot,

leaving them feeling bitterly disappointed. However, if the preseason performance of Arsenal is any indication, the Gunners will be a force to be reckoned with come the start of the new campaign.

Chelsea, who lost 4-0 to their London rivals in Orlando before thrashing Sevilla by six goals in the Emirates Cup, will be a team to watch.

One of two high-profile transfers from Manchester City this summer, along with Oleksandr Zinchenko’s reunion with Arteta in North London, is Gabriel Jesus, who scored a hat-trick on that particular day.

However, the Gunners manager has cautioned both players and fans not to get too excited about preseason results. 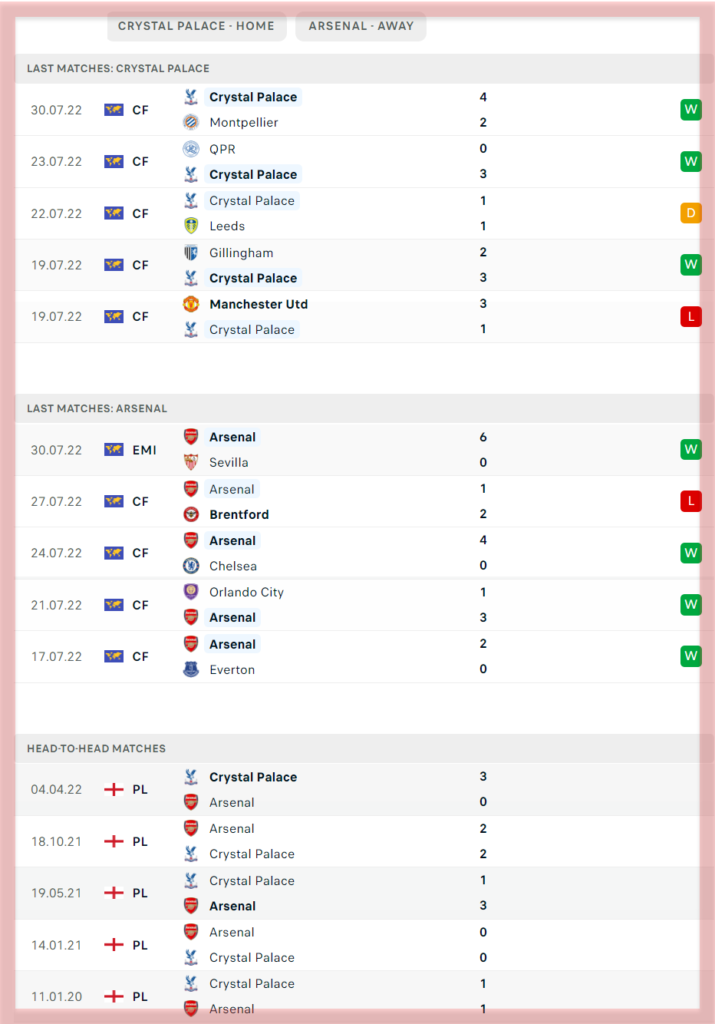