Hertha Berlin vs Bayern Munich – Both teams will face off against one other at Olympiastadion for the second time this year in an effort to repeat their 4-1 victory over Hertha Berlin. Back at the head of the table, the guests begin rising gradually.

The season of Hertha is in jeopardy after two losses in their last three games. They are currently only two points above the danger zone. Most recently, they suffered a 1-0 defeat against Werder. Just five minutes before the end of regulation, Niclas Füllkrug scored the game-winning goal.

The beginning of this season saw a small decline in the visitors’ performance. They are now in fantastic shape. They need just one more victory to take the lead in the standings. The most recent victory they have was a 6-2 thriller over Mainz.

It’s intriguing to observe that six different players scored during that match. They are the only team in the Bundesliga to have won three games in a row.

Bayern Munich vs. Hertha Berlin Head-to-head
Bayern is unbeaten in five games against this team, and Hertha last triumphed at Olympiastadion more than four years ago. The visitors have scored over 2.5 goals in three of the last four meetings overall.

This season, the host has had trouble playing against elite teams. This year, they defeated Augsburg and Schalke to earn their two victories.

The outcome of this game will have a significant impact on the visitors’ standing in the table. They still rank among the strong favourites to win the championship this year, despite a sluggish start to the season.

As our first prediction, you may wager on Bayern Munich scoring more than 3.5 goals. The odds for this prediction are 2.75. The visitors have currently won two of their last three games at Olympiastadion by a score of at least four goals.

The odds for our next prediction for this game are 2.50 for Bayern Munich to keep a clean sheet. In two of their last three overall head-to-head encounters, the visitors have maintained a clean sheet.

Jamal Musiala is another option for a wager; his first-half goal total is 7.50. He has goals in each of the last two games. He scored before the half-hour mark against Mainz and Hoffenheim, respectively. 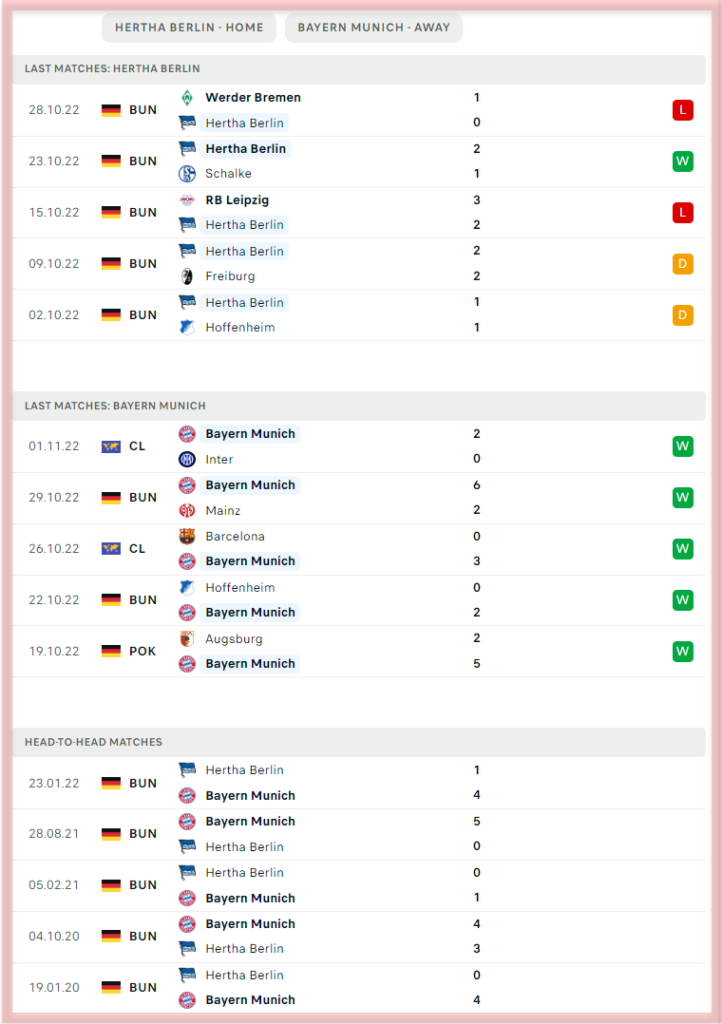