FC Vaduz vs Apollon Limassol -As a result of FC Vaduz’s draw against FC Schaffhausen in the previous round of the Challenge League, they will participate in this match.

FC Vaduz’s Tunahan Icek scored in the 24th minute, and Milan Gaji scored in the 74th. FC Vaduz has had difficulties preserving clean sheets recently, but they’ve been scoring enough.

FC Vaduz have scored at least one goal in each of their most recent six games, but they have also allowed at least one opponent to score against them in five of those games defensively.

Because no two matches are ever exactly the same, only time will tell if that pattern will continue to hold true here in this contest or not.

In their most recent match, Apollon Limassol defeated Doxa Katokopia by a score of 0-1 to earn a win in the First Division. They will bring that momentum into this matchup.

Alessandro Mangiarratti, the head coach of FC Vaduz, is without Sandro Wieser and Fuad Rahimi due to injuries sustained to their knees and ankles, respectively.

David Catalá, the manager of Apollon Limassol, has only one fitness concern to worry about because the team as a whole is in generally good health. Due to a muscle injury, Bagaliy Dabo will not be participating in today’s game. 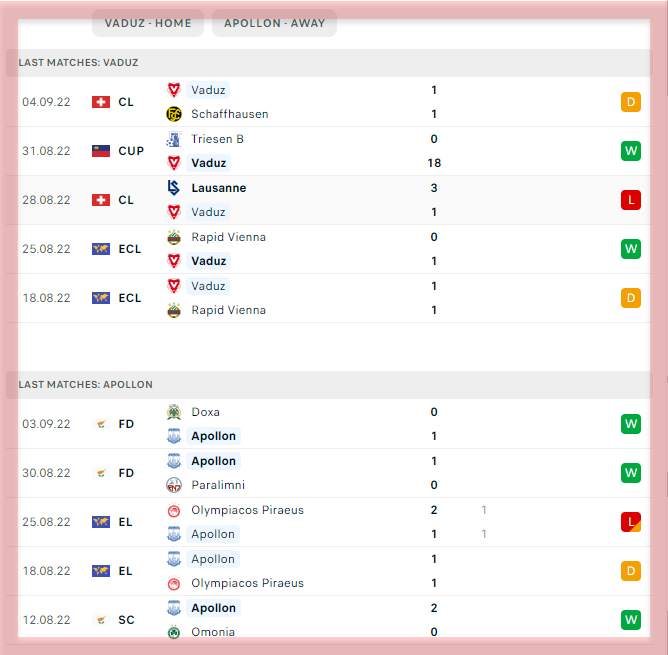