Omonia Nicosia vs Sheriff Tiraspol -Omonia Nicosia hopes to repeat its First Division victory over AEK Larnaca, which they won 3-2.

Omonia Nicosia, led by Neil Lennon, have managed to score 13 goals in their previous 6 games for an average of 2.17 goals per game.

The Sheriff Tiraspol defence has put on a string of solid performances as seen by the fact that they have only given up 4 goals overall in their last 6 matches. Their forwards have scored three goals in that period.

With a fairly intact roster, availability isn’t a major issue, and Omonia Nicosia manager Neil Lennon only has to worry about one player’s fitness. Andronikos Kakoullis will be out because of a muscle injury.

Stjepan Tomas, the manager of Sheriff Tiraspol, has no concerns about his team’s health going into this game because they have a completely injury-free roster to choose from. 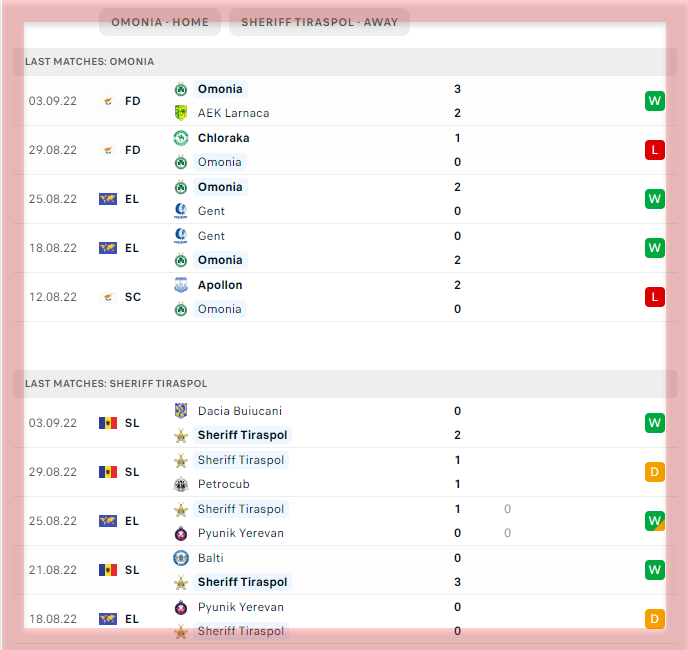