Sheriff vs Viktoria Plzen – In the most recent matchdays, Sheriff and Viktoria have both been incredibly reliable. They are committed to earning a spot in the 2018 Champions League season.

The current leaders of Moldova’s premier division are Sheriff, who won it with distinction the season before. Over the course of the league season, they had only lost twice and had amassed a total of 75 goals.

Viktoria, however, had fallen short of winning the domestic championship by one point. They had also only lost twice throughout the competition, and thanks to this streak, they had scored a tonne of goals.

Additionally, they have frequently scored goals in their most recent away games as well. Given these findings, it is anticipated that this Tuesday’s game between the two teams would be a high-scoring thriller.

Sheriff has gone on consecutive 4-fixture and 3-game victory streaks while going on a 16-game unbeaten streak. Importantly, they have won 10 of their last 11 games at this stadium and are on a 5-match winning streak at home.

Also keep in mind that they have scored three goals or more in two of their previous four games played here. Viktoria enjoyed 7-match and 4-match winning streaks and had won 27 of 28 games.

Also keep in mind that they scored goals in the majority of their games over the previous few months. Given these facts, it is anticipated that the two sides will score a lot of goals in the near future. 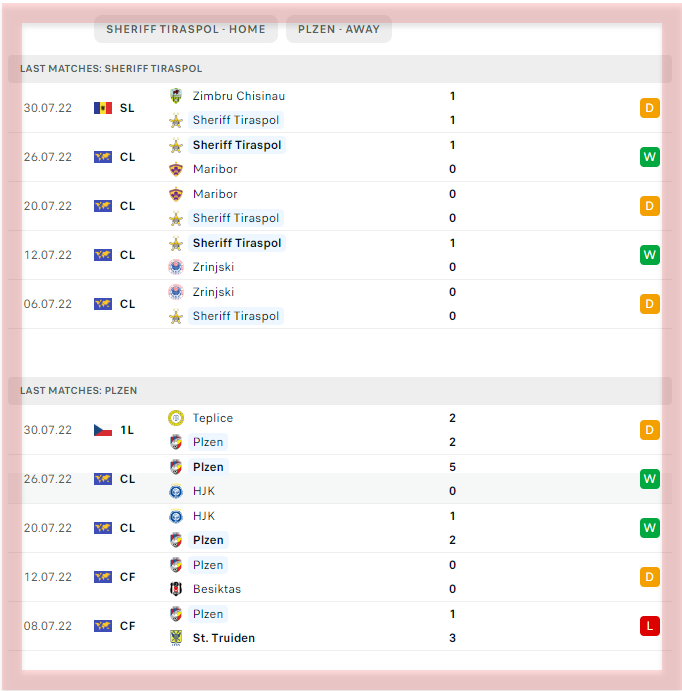