Sheffield Wednesday vs Portsmouth – So far this season, Sheffield Wednesday has been in good form. They are in the fourth slot of the table, inside the safe zone, with 82 points. They’ll be looking to climb even higher by securing points from every fixture they’ve played so far. In their most recent league match, Sheffield defeated Fleetwood by a score of 2-3 on the road. It was their sixth victory in the last ten league games. Following such a series of positive shows, they will be in the best of moods.

Meanwhile, Portsmouth has been performing well in the league recently. They have climbed to ninth place in the table after collecting 13 points in their last five league games. They’re now 7 points out from the safe zone, and finding a space inside will be difficult.

Portsmouth won 3-2 at home against current table toppers Wigan Athletic in their most recent league match, extending their unbeaten streak to five games in a row. Such a run is more than enough to keep them upbeat as they prepare to face their next league opponents.

Sheffield Wednesday are currently on a seven-game winning streak at home. In the last 20 home games in all competitions, they have only lost twice.  Portsmouth, on the other hand, is now on a five-game league losing skid on the road. Despite their present unblemished record, they have little to offer in this match against Sheffield Wednesday, who are in fine form at home. As a result, we believe Sheffield Wednesday will defeat Portsmouth in a League One match on Saturday. 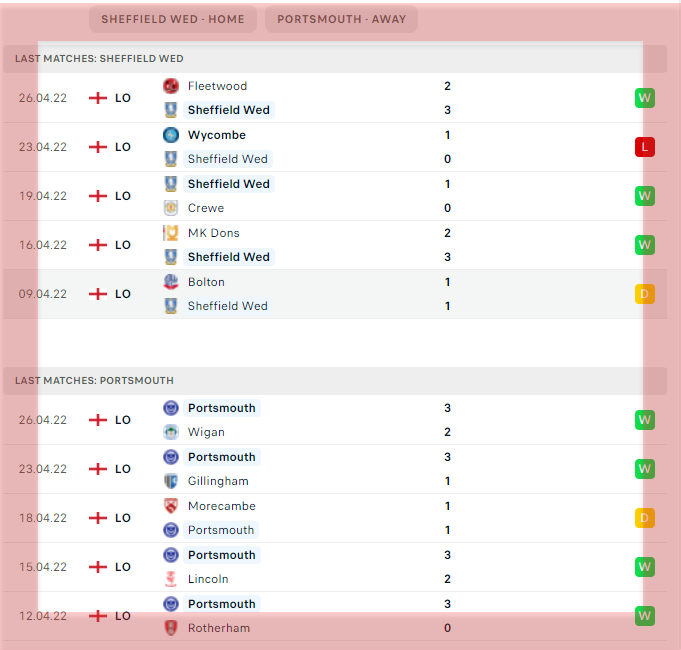