Rukh Lviv VS Shakhtar Donetsk –  After suffering a defeat against Kolos Kovalivka by a score of 2-0 in their most recent Premier League match, Rukh Lviv will be hoping to have better luck this time around.

Denys Bezborodko (83′) scored for Kolos Kovalivka. In five of the last six matches that Rukh Lviv have participated in, the average number of goals scored is less than three per game.

In terms of the goal differential from that period, their rivals scored a total of seven while Rukh Lviv was only able to muster up four. On the other hand, the continuation of that kind of pattern in this match is not a given at all.

Rukh Lviv have not been victorious in either of their previous two home league matches, which brings them into this clash winless.

In their most recent play, Shakhtar Donetsk defeated Kryvbas Kryvyi Rih 1-0 to earn a win in the Premier League. They come into this match riding that momentum.

Artem Bondarenko was the lone player from Shakhtar Donetsk to find the back of the net (in the 76th minute). The Shakhtar Donetsk defense squad has put together a string of very strong performances,

which has resulted in a total of only three goals being scored against them in their last six matches combined. In the same amount of time, their own offensive force has been successful in scoring 11 goals.

The two teams last competed against each other in the league on match day 15 of the Premier League on November 20, 2021, and the final score was Shakhtar Donetsk 2-0 Rukh Lviv.

During that match, Shakhtar Donetsk had 60% of the control of the ball and 17 shots on goal, with 8 of those shots finding the target. Both Marcos Antônio (in the 86th minute) and Tetê (in the 88th minute) were credited with the goals.

On the other hand, Rukh Lviv managed to get two shots on goal, with both of them finding their intended targets. Maksym Bilyi and Fabricio Alvarenga will not be able to play for Rukh Lviv because of injuries to their muscles and their cruciate ligaments, respectively.

Igor Jovievic, the head coach of Shakhtar Donetsk, is only concerned about one player’s fitness because the rest of the team is otherwise accessible. Because of a rupture in his crucify ligament, Viktor Kornienko will not participate in this game. 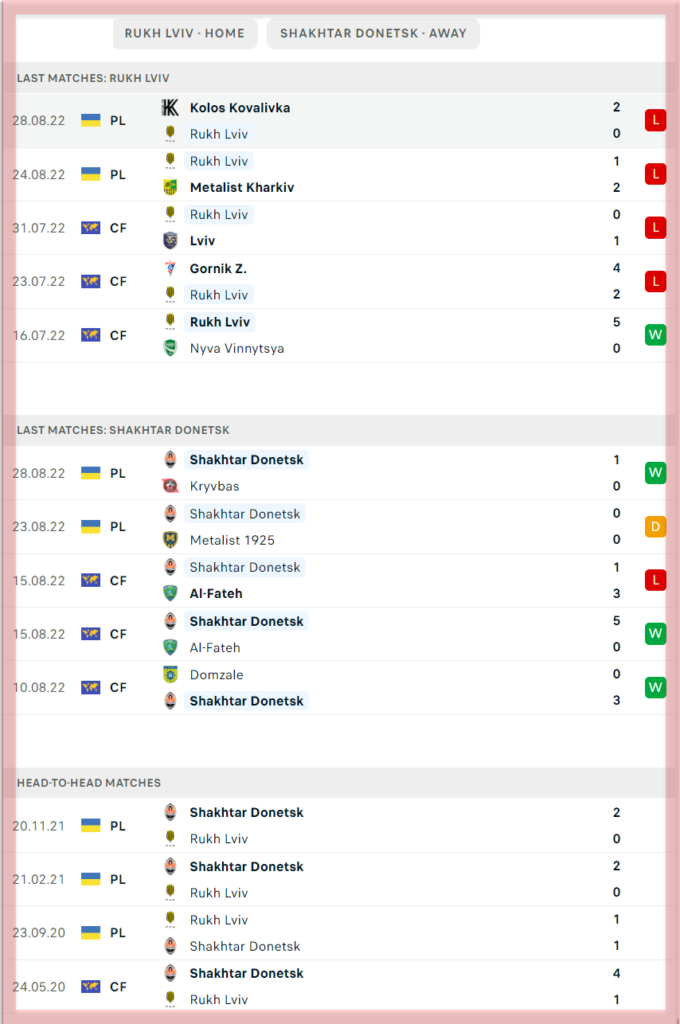