Kalmar vs Varnamo – Preview, and Prediction

Kalmar vs Varnamo – Kalmar has maintained consistency throughout the entire season and is currently comfortably positioned in the middle of the table.

It should be mentioned that they have been on a strong home run this season, winning many games at this location. They have therefore gained a good deal of momentum and will be anxious to capitalise on it in the upcoming weeks.

Varnamo’s league run, meanwhile, got off to a shaky start this time. They have improved recently, but one aspect that deeply worries their supporters is the team’s road performance.

They have lost a lot of points and given up a lot of points while playing on the road. Additionally, they have a dismal track record in previous meetings with this opposition. They anticipate that host Kalmar will prevail on Monday due to all of these factors.

Kalmar prevailed 3-0 in the most recent match, and They have won three straight games. They had accomplished this by scoring a total of 7 goals. The hosts have a perfect winning streak at this venue.

In their last six games overall and seven of their previous ten contests, Kalmar had gone undefeated. Also keep in mind that they have triumphed in six out of the last ten meetings.

They had also won seven of their previous ten games played here, and since August of 2021, they had only lost four times.

In addition, they have lost their last six games, and since February, they have only won once away from home. Given these findings, anticipate a victory for Kalmar on Monday at home. 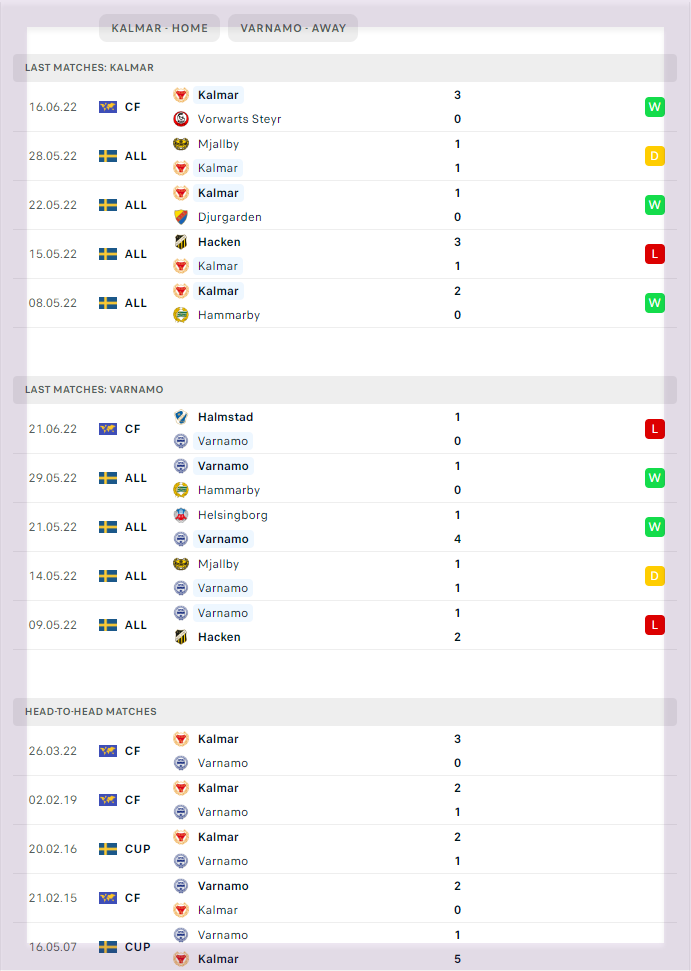