Forest Green vs Cambridge – When Forest Green and Cambridge play at The New Lawn, not much is likely to change. The host team is at the bottom of the standings and is very certainly going to be demoted at the conclusion of this year.

The New Lawn’s home team has dropped three of their last four games, so things are not looking good there. They haven’t been inspiring this season, so Ian Burchnall has pressed the crisis button.

If he wants to keep his position as manager, he will need to start producing winning performances. They played Oxford in their most recent league match, which resulted in a 1-1 draw.

Luke McGee, the goalie, single-handedly contributed to his team earning a point by stopping nine shots at goal. In terms of Mark Bonner’s team, if they start playing regularly, they will probably finish in the top 10.

Their most recent league game ended in a loss against Accrington. Cambridge’s road performance is poor; in their last five away games, they have only managed one victory.

Five of the last six overall head-to-head contests have been won by the host, and the home team has a four-game winning run over this squad at The New Lawn.

When these two sides last faced off, in March 2021, the visitors came out on top, 1-0. Our prediction is that Cambridge will defeat this opponent 1-0; the associated betting odds are 8.00.

Despite having a respectable record against this team, Forest are no longer the same team. This season, they have fallen short in approximately 60% of their games. Additionally, the visitors prevailed at the most recent meeting.

Our next prediction for this game is that Cambridge will maintain its perfect record; the odds for this prediction are 3.25.

In their last two victories over Forest, the visitors have maintained a perfect record. Additionally, they recently defeated a top side like Bolton while maintaining a clean sheet. 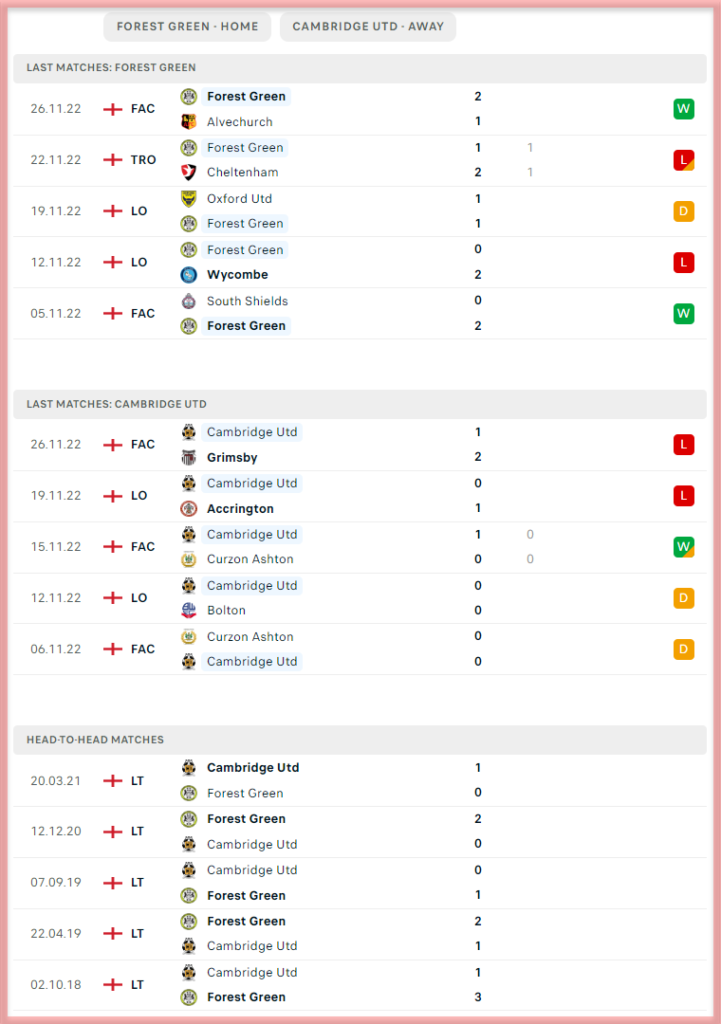