Last week, Diego Simeone’s team only managed a 2-2 draw against Bayer Leverkusen at home. Even before the final day matches, this outcome, coupled with FC Porto’s victory at Club Burgge, eliminated the Spanish team from the premier continental league.

In order to at least maintain third position and ensure the continuation of their European campaign in the UEFA Europa League, Atleti will now travel to Estadio Do Dragao to take on Porto in the final Gameweek in Group B.

Atletico Madrid is one point ahead of Bayer Leverkusen in last place, but the German team has an easier match at home on the last day.

But after a painful conclusion to the thrilling game against Leverkusen last Wednesday, it will be fascinating to see how the players respond.

On the other hand, Porto defeated group leaders Club Brugge 0–4 on the road last week, putting on their greatest performance of the year.

Sergio Conceicao’s team-maintained control of the contest throughout, scoring four goals on Belgian soil from nine shots that were on goal.

If Porto defeats Club Brugge’s outcome in the other group match, they could potentially move up the group standings and clinch an easier opponent in the knockout round of the competition.

In their previous nine encounters with Porto, Atletico Madrid had won four, tied three, and lost two. In the rematch between these two clubs in September, Atletico Madrid claimed a 2-1 victory.
In four of the last five meetings between Atleti and Porto, the team scored two goals or more.

Porto has won three straight games in the UEFA Champions League, and they are in excellent form. In their most recent victories over Bayer Leverkusen and Club Brugge, they scored seven goals.

We believe that betting on the Portuguese team to triumph in a high-scoring match at the astronomical 4.00 odds is worthwhile. Mehdi Taremi, who scored twice in the previous week’s victory at Club Brugge, will also be backed at the 3.40 odds to score at any time. 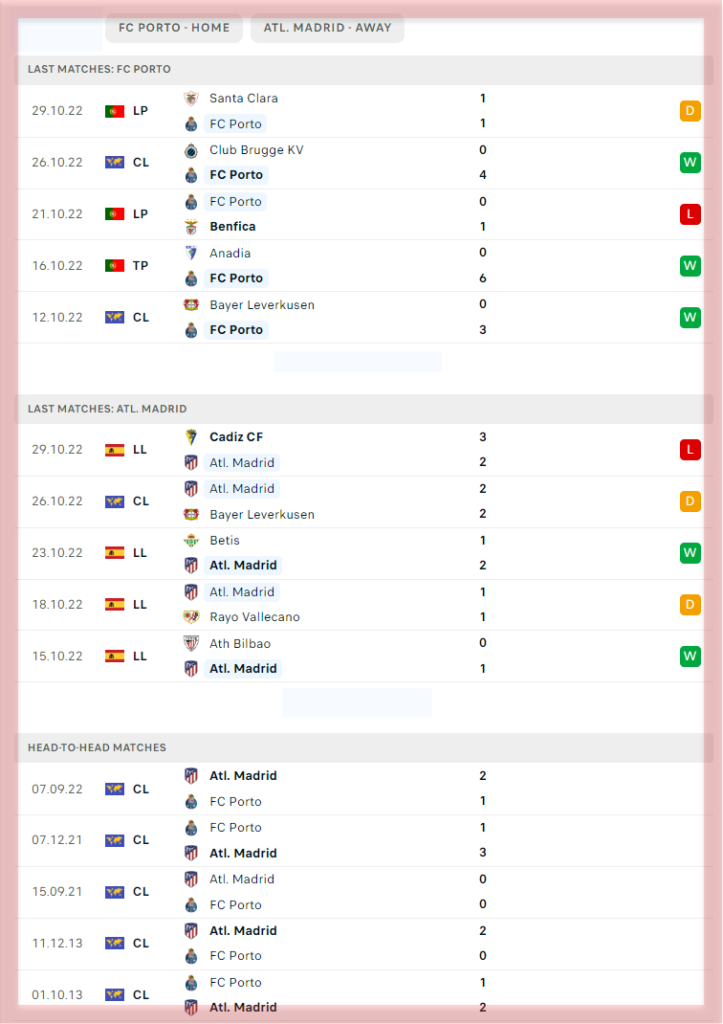