Djurgarden vs Norrkoping – preview and prediction

Djurgarden have had a rather average start to their 2022 Allsvenskan season after fighting for the title previous season. They beat a mediocre Degerfors team 3-1 on the first day of the season before losing 1-0 away to an improving Mjallby team the following week.

Djurgarden IF has been ruthless in defense, scoring four goals in their last six games. It’ll be fascinating to see if that tendency continues in the following encounter.

Norrkoping, on the other hand, has lost back-to-back 1-0 matches to Varberg and AIK to start the season. They haven’t even scratched the surface of the table with their first point. This team has showed considerable vulnerability on the road, losing six of their last ten away games.

IFK Norrkoping has been outscored in five of their previous six games, allowing opponents to score seven goals in total. They’ve been far from great at the back, and they need to work on their attacking front as well.

Djurgarden hasn’t lost in the league to this opponent in their last two games. They also won their last home game, which was their first win of the season.

Norrkoping, on the other hand, has gone five league games without a win on the road. They have lost six of their last ten road games and have conceded two or more goals in five of those games.

This should be a low-scoring match, but Djurgarden will be the favorites, especially with their home advantage. 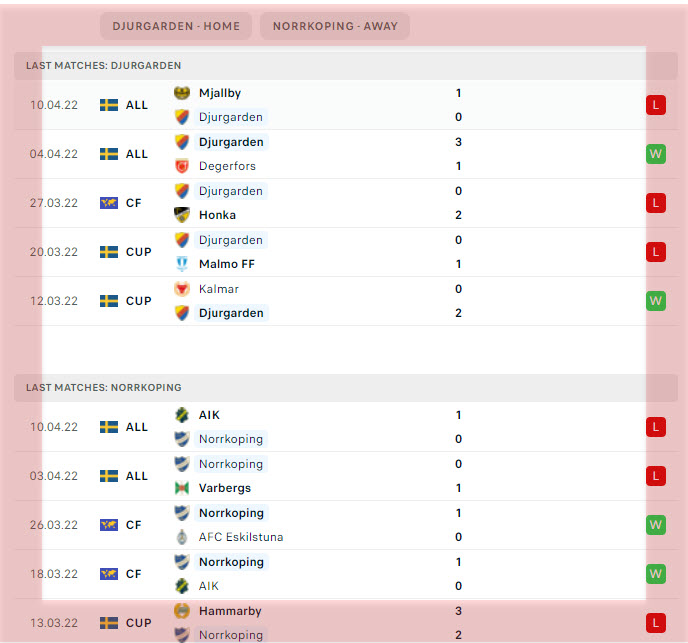