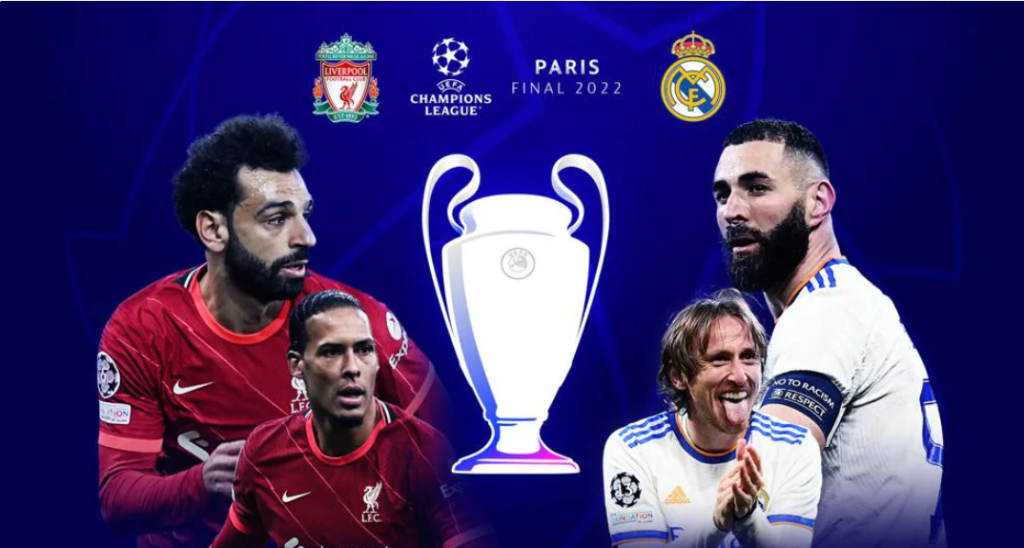 Champions League Final Prediction – Liverpool and Real Madrid will meet in the 2021-22 Champions League final in Saint-Denis, just north of the French capital, 41 years after their first meeting in the lovely city of Paris.

This weekend, the Reds are looking for a seventh triumph in Europe’s top competition, while continental veterans Los Blancos are attempting to win the trophy for a record-extending 14th time.

While Man City was being rocked by Aston Villa and Steven Gerrard, Wolverhampton Wanderers frustrated Klopp’s side and their fans.

The double cup champions won 3-1, but City’s comeback against Villa meant Pep Guardiola would retain the Premier League title and leave Liverpool to wonder what could have been.

Ending a promising season with only two cups would not satisfy the travelling Liverpool party, and they were obliged to navigate a fright against European specialist Unai Emery and his giant-killing Villarreal team in the semi-finals, but no white flags were hoisted at La Ceramica. 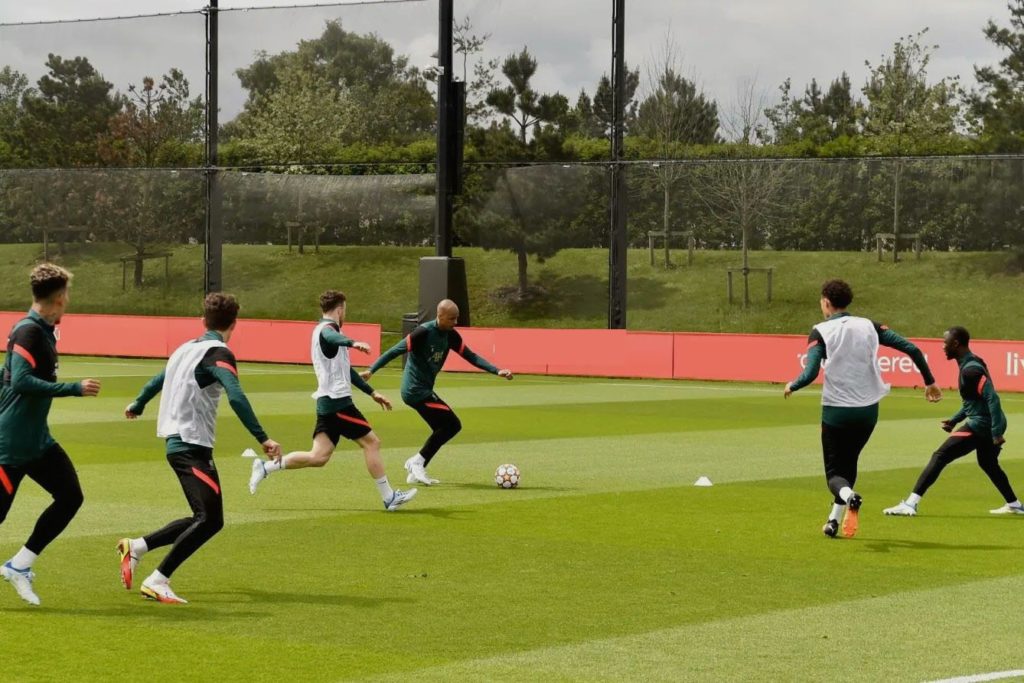 Saturday’s match will be Liverpool’s 10th European Cup/Champions League final. Some may argue that they’ve had a relatively easy path to the final, but Klopp will definitely underline that there are no easy games in this league.

Inter Milan shut out Liverpool in a 1-0 Anfield triumph that proved meaningless, but Liverpool have scored at least twice in the rest of their Champions League games this season.

Since losing to Inter Milan on March 8, Klopp has led Liverpool to an 18-game unbeaten run in all competitions, with 10 victories from 11.

Several current Liverpool players received runners-up medals in 2018 after losing to Real Madrid in Kyiv, and retribution is on the table for some of them, most notably Mohamed Salah after his sad substitution.

Klopp says vengeance isn’t on his mind, but his 33 percent victory record versus Real Madrid is his lowest against a single opponent. Ending that hoodoo on Saturday would help make up for the quadruple dream falling short. His opponent has won the Champions League. 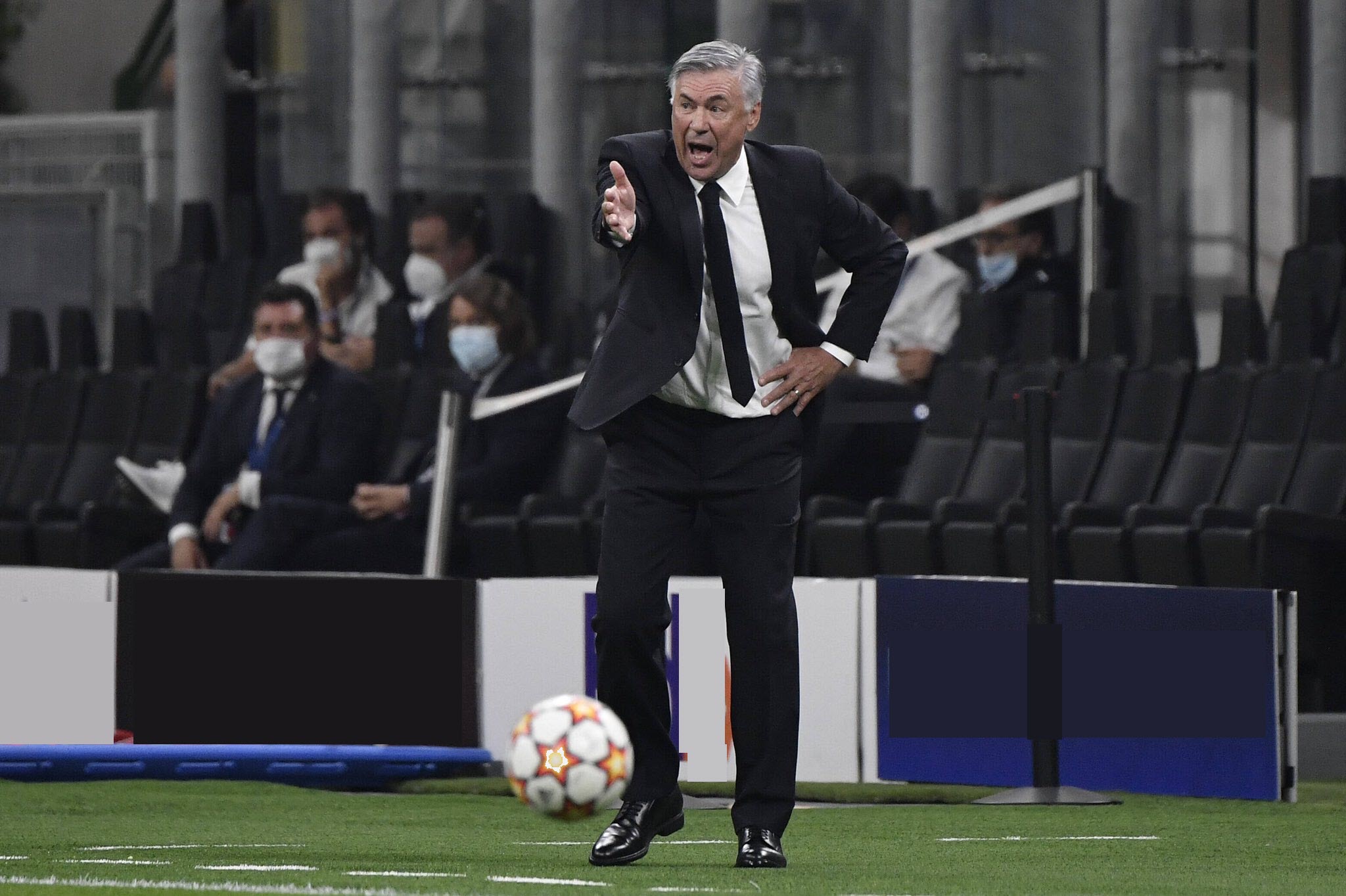 Overcoming a two-goal deficit against PSG is one thing. Turning around a 3-0 deficit at the Bernabeu is another. After conceding four goals at the Etihad? Ancelotti, please.

Karim Benzema and Vinicius Junior have driven Los Blancos to an unlikely comeback, but another Brazilian starlet cannot be overlooked.

Rodrygo scored twice in two minutes to force extra time and leave home fans who left early with egg on their faces.

Real’s record-breaker Benzema’s penalty – not a Panenka one this time – insured that the Spanish champions would board the plane to France and keep their European campaign running until the final whistle.

Real only won one of their final four La Liga matches in 2021-22 after clinching the title with weeks to spare. Their matchday 38 match against Real Betis finished in a goalless draw.

Real’s recent results should not be taken at face value, as Ancelotti rests and rotates his resources ahead of Saturday’s final. The most successful team in European history will attempt to win the cup for a 14th time and end a four-year drought in the competition.

Los Blancos have had scares along the way, but their European pedigree is not up for question. Since losing 1-0 to Liverpool in 1981, they have won each of their previous seven European Cup/Champions League finals.

Ancelotti will be concerned of the fact that his side hasn’t kept a clean sheet in the Champions League knockout rounds this season, despite scoring 14 goals in their past five continental matches. The wily Italian will attempt to complete his own quadruple against Liverpool in Saint-Denis.

Indeed, Solari would become the most successful manager in Champions League history with a fourth title, leaving Zinedine Zidane and Bob Paisley in his wake, but Klopp arrives to the Stade de France determined on following in Zidane’s footsteps. 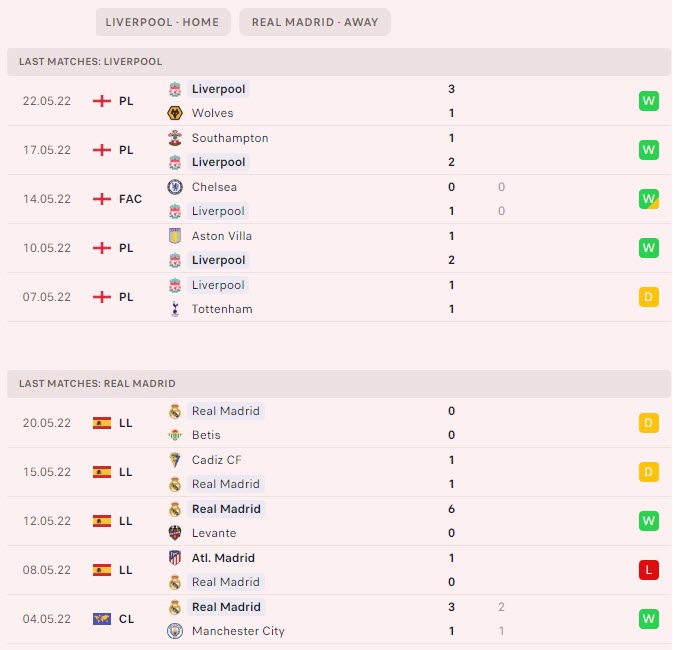 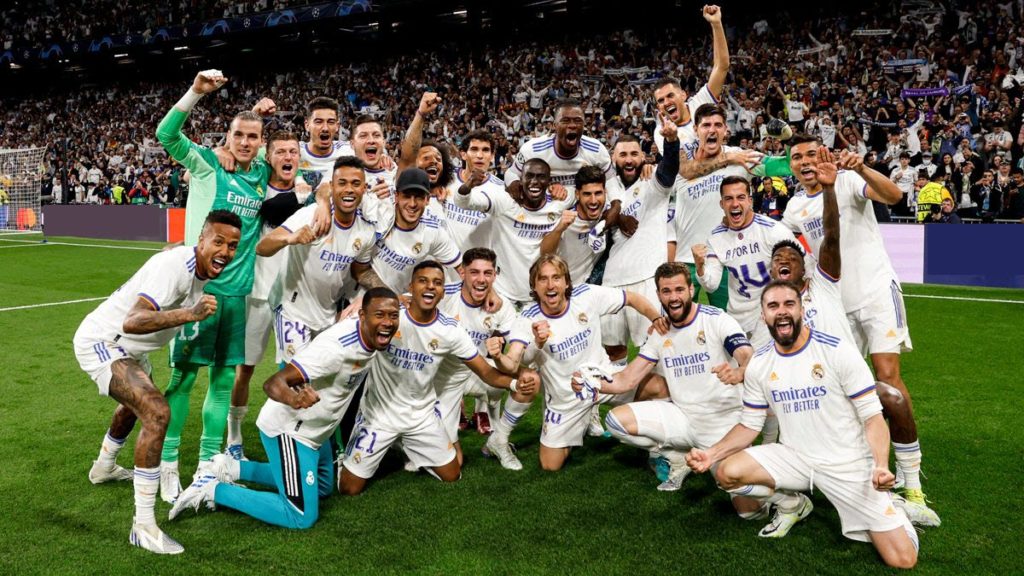 Real Madrid manager Carlo Ancelotti hopes to have everyone available for the 17th European Cup/Champions League final. David Alaba returned to training this week after an adductor injury.

Alaba missed the Betis game but should start here, demoting Nacho Fernandez to the bench.

Marcelo has overcome fitness issues to be available but will play second fiddle to Ferland Mendy. Eder Militao will expect to keep his berth despite requests to dismiss him.

Eduardo Camavinga has been effective off the bench during Real’s run to the final, but he would only start if Casemiro, Toni Kroos, or Luka Modric were injured.

The Liverpool high line allows Vinicius and Rodrygo to rush in behind, but Rodrygo’s influence as a substitute may push Ancelotti to play Federico Valverde more forward.

Another hat-trick for Benzema in the showpiece event would break Cristiano Ronaldo’s record for most Champions League goals in a single season (17 in 2013-14), while he just needs to make the net ripple once to become the outright third-highest goalscorer in the competition (86).

On the side, Thiago Alcantara suffered an Achilles injury before the end of the first half against Wolves. Klopp was initially gloomy about Thiago’s chances of playing in the final, but he has since altered his tune.

Fabinho’s hamstring injury should improve when he returned to training on Wednesday. Joe Gomez should also be available after recovering from an ankle injury.

Virgil van Dijk and Mohamed Salah were both fit for the bench in the FA Cup final and should return here. Salah scored Liverpool’s second goal to share the Golden Boot with Son Heung-min.

Diogo Jota will be replaced by Mohamed Salah, while Ibrahima Konate will compete with Joel Matip for a spot in the final.

Divock Origi has played his last game for the club after suffering a muscle injury in training, so he won’t have a farewell 2019 moment before a free transfer to AC Milan.

Real Madrid and Liverpool have played eight times in European competition, with Los Blancos winning four times to Liverpool’s three. The most recent match was a draw.

Alan Kennedy’s goal in the 1981 final helped Liverpool beat Real Madrid and start a run of three consecutive triumphs after a 5-0 aggregate win in the 2008-09 last-16.

Liverpool have lost four of their previous five matches against Real Madrid, including the 2018 final, which Gareth Bale and Loris Karius both remember fondly.

Hard game to call. Keeping Benzema, Vinicius, Salah, and Mane quiet for 90 or 120 minutes is nearly difficult, and the Reds attackers should feel confident about scoring against a fragile Blancos backline.

Benzema only needs one half-chance to restore parity for Real, and Liverpool’s dangerous defensive stance leaves them exposed to Ancelotti’s Brazilian starboys.

Thiago and Fabinho being fit to play would be a huge boost for Klopp, whose team may be brought to penalties again. We feel Liverpool’s recent experience from 12 yards will help them win Europe’s highest award for the seventh time and end Real’s fairytale.