Zalgiris Vilnius vs Slovan Bratislava -Group H in the Conference League is still undecided, as to who all will make it to the knockouts. As such, this final group-stage game between Zalgiris, and Slovan is expected to be a fierce encounter.

Slovan are currently in possession of the top-most spot in the table, and have posted eight points against their name so far. Only once have they lost, and only one team scored more goals than them in the group.

They are in great form in overall match-ups, and are scoring goals in huge numbers in such games. They have the added confidence of being placed at the top of the table, and surely will go for the win this Thursday.

A win is a must for the team if they are determined to extend their stay in the Conference League. Both teams will take risks this match-day, and will go for the three points. Anticipate mistakes from either side of the pitch, and expect goals to come in plenty as well.

Only once have the two teams locked horns with each other, and then spoils were shared with a 0-0 draw. Zalgiris recorded a 6-0 win in their latest match-up, and they are also on a long unbeaten run. In fact, they lost just twice since August.

And it is important to note that they are on a long winning streak at home since mid-September. On the other hand, Slovan have a perfect winning record since mid-September, barring just two games. And all through this stretch they scored goals in huge numbers too.

Moreover, they also managed to deliver great performances away from home in the past few months. By the looks of things, expect a high-scoring affair this Thursday between the two teams, as they go for the top-most spot. 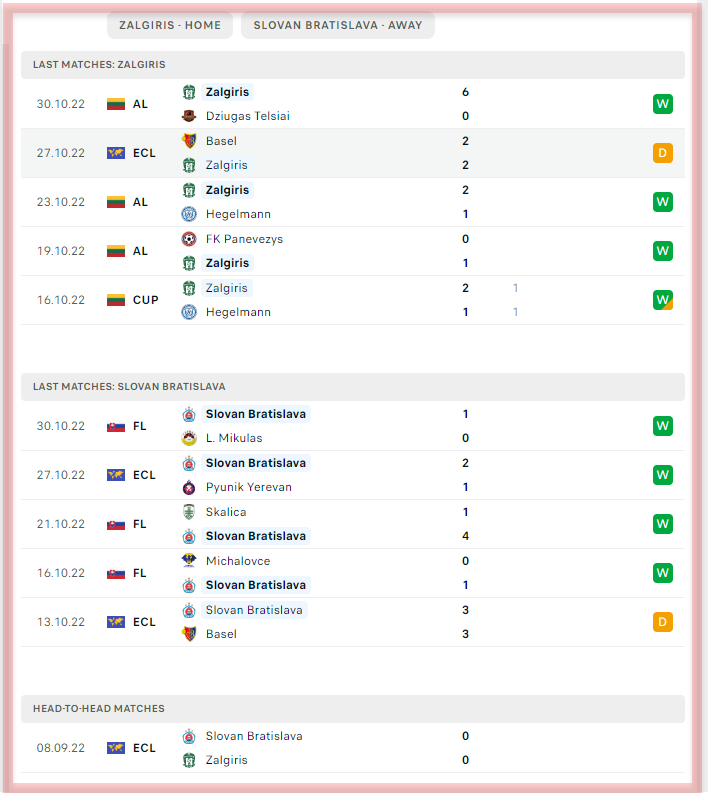