Wolves vs Norwich City – Norwich City are the weakest team in the English Premier League this season, and that goes without saying. There’s a reason they’re 20th in a 20-team table and have already confirmed their relegation to the Championship. They’ve had a horrible run of form throughout the season, and they’ve allowed in a lot of goals throughout that time. In addition, their offence was a complete disaster.

They just have two more games left, and it’s doubtful that their players will even turn up. And it was on the road, against a team vying for a place in the Europa Conference League. Wolves, meanwhile, are in ninth place in the table and are vying for seventh place. They are currently five points behind West Ham in seventh position, although it must be remembered that Wolverhampton has a game in hand.

They have nothing to lose, so they’re hoping for a big win this weekend that could help them qualify for one of the European tournaments. Wolverhampton are the clear favourites to win the game on Saturday, with a strong head-to-head record.

Wolves were held to a 2-2 draw away from home the other day. However, it was against Chelsea, the current European champions. It’s worth noting that they haven’t won in 11 of their previous 17 games. Norwich, on the other hand, lost 0-4 at home to West Ham last week and are now on a four-game losing skid. It’s worth noting that they had also lost 11 of their previous 13 games.

Furthermore, the club had lost six of their previous seven road trips ,Based on these findings, the determined Wolves should win this weekend. 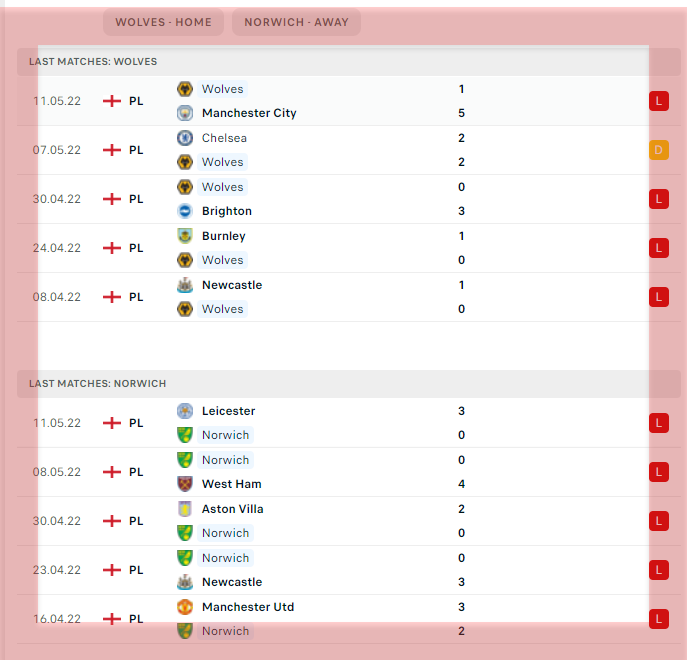