Wolves vs Man City-  Wolverhampton Wanderers welcome Manchester City to Molineux on Wednesday night.The table-toppers thrashed Newcastle United 5-1, while Bruno Lage’s team drew 2-2 with Chelsea. Chelsea has lost points this season when they should have won. Wolves were still in it even after Romelu Lukaku scored twice in two minutes at Stamford Bridge, and the Blues’ new owners lost in London.

Wolves made a stunning comeback after Chiquinho came on. The 22-year-perfect old’s cross hit Conor Coady’s head in the seventh minute of stoppage time in the second half. The point keeps Lage’s team in contention for a European place, as they sit eighth in the rankings, five points behind West Ham United, who have played one more game.

A strong finish might see Wolves overtake Manchester United, but Lage’s team must still face City and Liverpool before the season ends, with a home game against bottom club Norwich City wedged between the two championship contenders.

Despite scoring or drawing in West London for the first time in three games, Lage’s once-solid defence has now been breached six times in a row. Their home record of winning one and losing the next may not matter much against the Citizens. The first team to face Manchester City after being eliminated from Europe should expect a thrashing, and Pep Guardiola’s side delivered against Newcastle United to extend their advantage at the top.

Raheem Sterling scored twice at the Etihad, while Phil Foden, Rodri, and Aymeric Laporte also scored, City now leads by three points, although Liverpool can reclaim the top spot if they beat Aston Villa on Tuesday. Guardiola criticised unfair favouritism towards Liverpool over the weekend. On the field, the Catalans have excelled with four straight Premier League victories, scoring 17 goals and conceding just one, and a 16-game unbeaten run in the top division, a new club record.

City defeated Wolves 1-0 at the Etihad Stadium in December, thanks to a Sterling penalty. It was the champions’ third consecutive win against the Molineux side, and a fourth would solidify their position atop the table. However, Wolves are not the same defensive force who nearly shut out the champions at the Etihad ,His squad is chasing the Premier League title this season. So they should be able to beat Wolves, whose inconsistency at Molineux should cost them again. 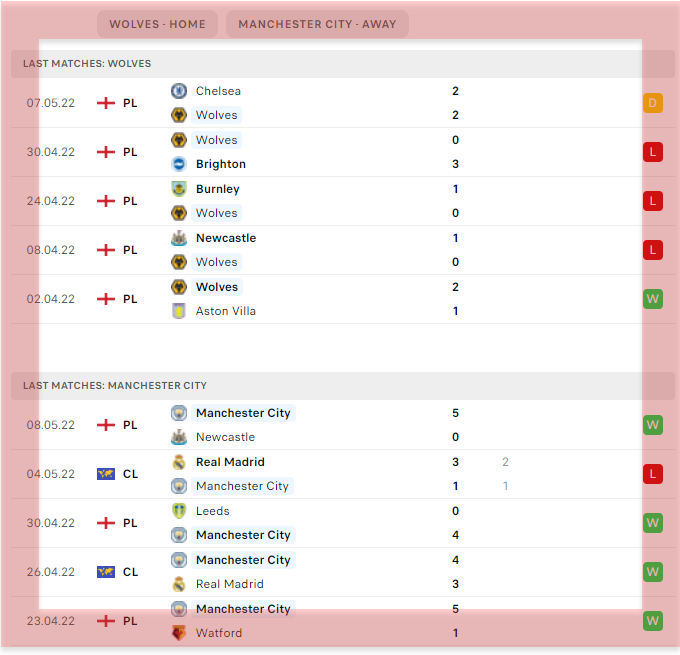