Wigan vs Watford – Preview, and Prediction

Wigan vs Watford – after a close 1-0 triumph over Blackburn Rovers. Wigan’s current losing run is at three games. They will now host Watford at DW Stadium on Championship Matchday 17. In their most recent game, Leam Richardson’s group suffered a 2-1 defeat to QPR. Nathan Broadhead scored a goal in the opening period of that contest. However, it was not sufficient to obtain all three points. Leam Richardson, the team’s manager, is worried about their inconsistent play.

The team has now moved closer to the relegation zone as a result of this outcome. They now hold the 19th spot in the standings. It is important to be aware that about 43% of their games have resulted in a loss. The most recent victory for Rob Edwards’ squad over Luton Town was a significant 4-0 victory. In that contest, four different players scored goals. This triumph follows their 3-0 loss to Millwall.

The visitors’ recent road record is extremely troubling, though, as they have dropped their previous two away games by exactly three goals.

This season, the squad is in the tenth spot on the standings. If they can capture all three points in this forthcoming game, they would have a great chance to pass Sheffield United. The last five meetings between these two teams at DW Stadium have resulted in ties in three of the five games. In two of their last three victories, the visitors scored at least two goals.

You may wager on the following as our first prediction, which has a 2.50 odd factor, is that Watford will score Over 1.5 goals. This is after taking into account that they have scored twice in their last three encounters with Wigan. In addition, our next prediction is Both Teams to Score at 1.83 odd for this game. In the last three head-to-head encounters, both sides have scored, and in those two games, they have scored a total of six goals.

Wigan vs Watford – Head To Head 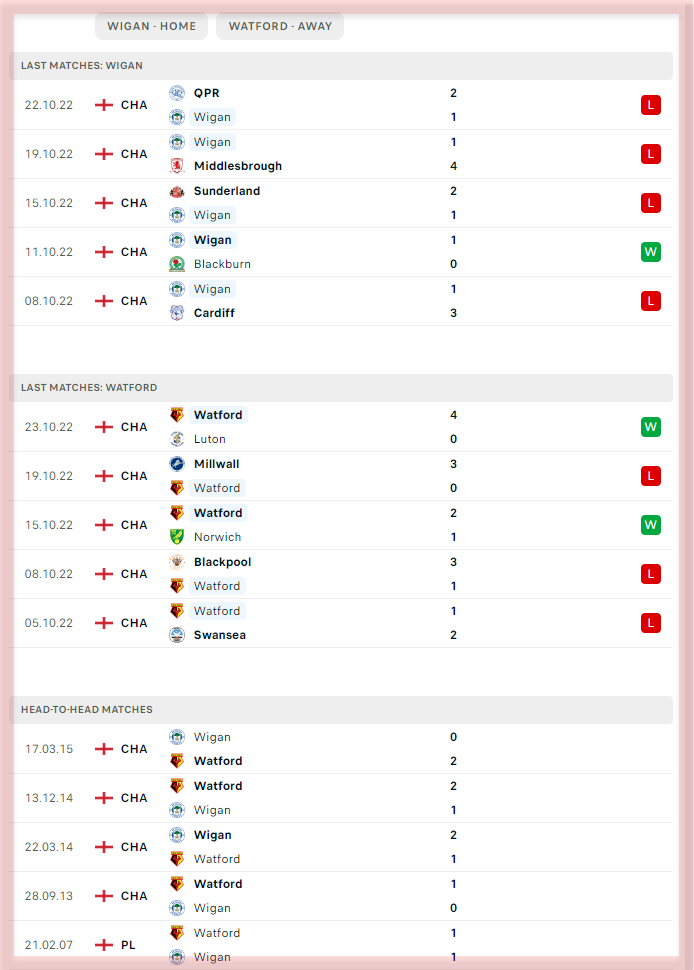