Wigan vs Blackburn Rovers – Wigan will look to build on their 1-2 Championship victory over Luton Town from their previous outing. Wigan Athletic enjoyed 51% of the possession in that game and 1 of their 9 shots on goal were successful.

Thelo Aasgaard was the lone scorer for Wigan Athletic (88′). Luton Town made 13 shots on goal, four of which were on target. For Luton Town, goals were scored by Carlton Morris (39′) and Tom Lockyer (80′ Own Goal).

Wigan Athletic’s recent displays of defensive tenacity have been all too seldom. They will be concerned that Wigan Athletic have allowed 9 goals in their last 6 games while failing to stop opponents from scoring in 5 of those contests. We’ll check to see whether this pattern continues.

Blackburn Rovers will be looking to avenge their loss to Bristol City in their previous Championship match by winning this one. Blackburn Rovers had 62% of the possession in that game and 6 of their 11 shots on goal were successful.

Ben Brereton Daz (93′) and Tyrhys Dolan (71′) scored goals for Blackburn Rovers. Bristol City, on the other hand, made 16 attempts at goal, with 5 of them being successful. Bristol City scored goals through Tommy Conway (42′) and Nahki Wells (55′, 73′).

Leam Richardson, the manager of Wigan, just has one fitness issue to worry about because his team is nearly at full strength. There will be no Charlie Wyke (Heart Condition).

The Blackburn Rovers manager Jon Dahl Tomasson has absolutely no reservations about his team’s health going into this match because every single player is available and injury-free.

We believe that Blackburn Rovers will need to play well in order to score goals against this Wigan Athletic team, who should win. Consequently, we anticipate a fiercely contested match that ends with Wigan Athletic winning 1-0. 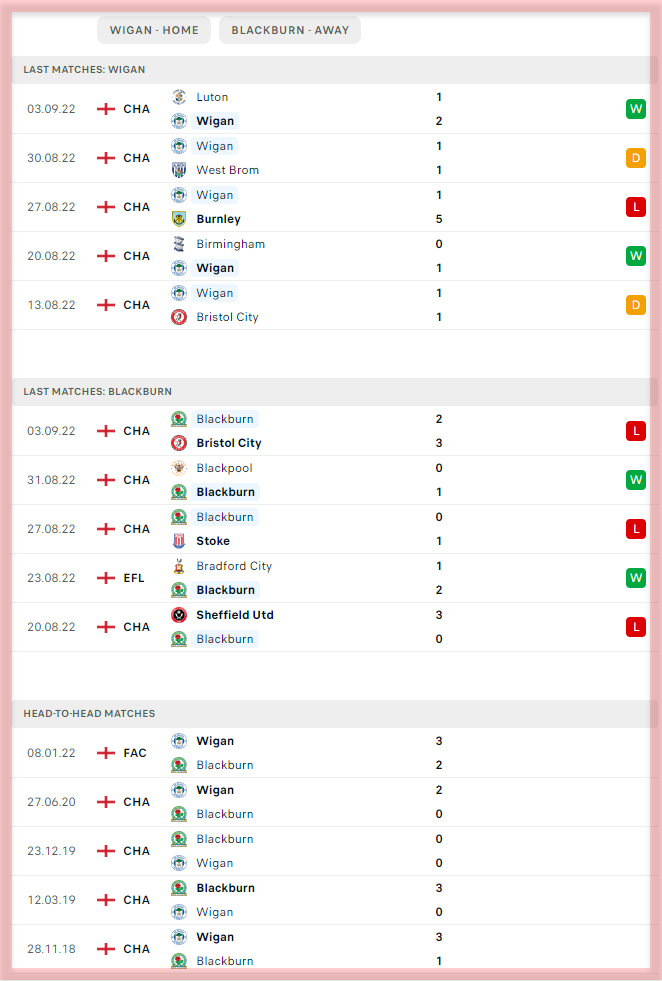