West Ham vs Manchester City – The Citizens are absolutely set on winning the EPL title this season at all costs. They were on their way to winning their first Champions League title before being booted out of the competition by none other than Real Madrid. Since then, doubters and haters have targeted them with insults and memes, and a powerful squad like theirs does not deserve to be treated this way.

Pep Guardiola and his team are out to show the rest of the league what they’re made of. They’ve made it their mission to deny Liverpool the chance to win the trophy, and if they succeed, the Reds would have completed an unparalleled quadruple. As a result, the Citizens will be keen to end their campaign with a victory. It helps that they are playing West Ham, who are currently in seventh position and have struggled to find any form.

The Hammers have allowed a lot of goals and dropped an alarming number of points in recent games. They also have a dreadful head-to-head record against this opponent. Expect Manchester City to rise to the occasion this time, at the very least, and grab a much-needed victory on Saturday.

The last matchday, West Ham won 0-4 on the road. However, it was against Norwich, who had already been relegated. The Hammers had been on a four-game losing streak and a five-match losing streak prior to that.

Pep Guardiola’s side, on the other hand, thrashed Newcastle 5-0 in the previous game week. They had also won five of their previous six games overall, and had gone undefeated in 32 of their previous 35 games. Most significantly, they have a strong head-to-head record against this competitor. As a result, expect the reigning champions to win another exciting game this weekend. 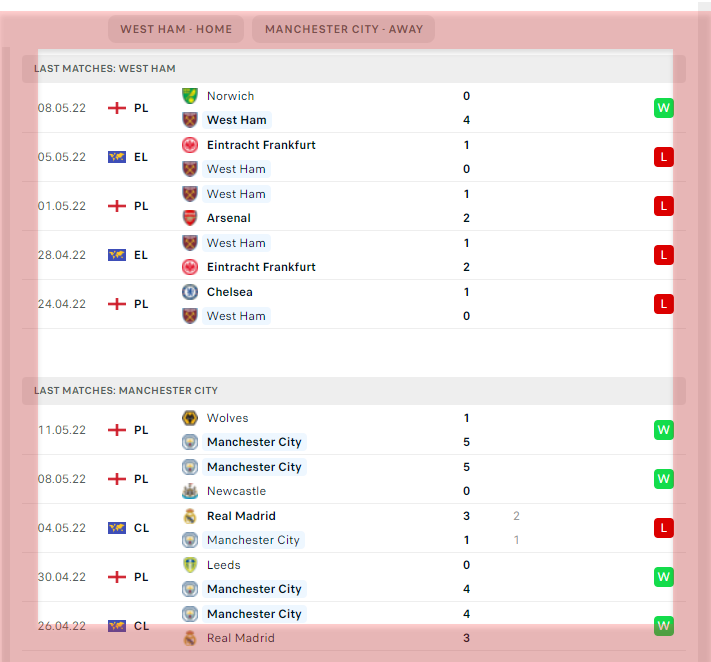