West Bromwich Albion, under the leadership of Steve Bruce, have scored 9 goals in their previous 6 games, at an average of 1.5 goals per game.

Burnley enters this game after defeating Wigan Athletic to improve to 1-5 in the Championship. Burnley controlled 55% of the possession in that game and made 8 efforts on goal, scoring on six of them.

Wigan Athletic had 18 shots on goal at the other end, and 4 of them were successful. Wigan Athletic scored with Will Keane (43′).

According to the statistics, Burnley has been scored against in 5 of their most recent 6 games, resulting in a total of 7 goals conceded.

Burnley has obviously had some issues defensively. It will be up to us to decide whether or not this trend will continue.

The fact that West Bromich Albion’s entire roster is in good shape means that manager Steve Bruce does not have to worry about any of his players’ fitness levels going into this match. Bruce will be thankful for this.

The current roster situation presents challenges for Burnley manager Vincent Kompany, who has fewer players to choose from.

Both Jay Rodrguez and Ashley Westwood are unable to participate in this event due to injuries, respectively unknown and ankle fractures. 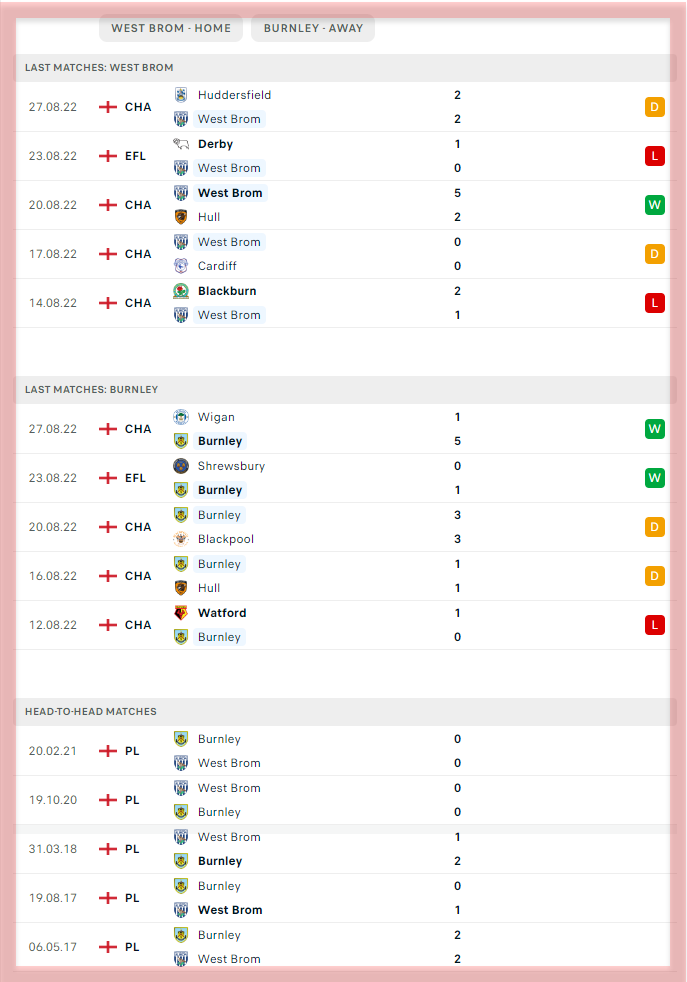