West Brom vs Watford – West Bromwich Albion and Watford meet on Monday evening at The Hawthorns, both eager to build on their strong beginnings to the season.

While the Baggies drew away at Middlesbrough on the opening weekend, freshly demoted Watford defeated Sheffield United. Given their troubles in 2021-22, Steve Bruce would have preferred a less difficult start to the season than making the lengthy trip to play Middlesbrough.

Nonetheless, a 1-1 draw at the Riverside Stadium should only help the Baggies in their long-term promotion bid. In the build-up to the game in the North-East, Bruce praised new signings John Swift and Jed Wallace, and the duo combined for West Brom’s equaliser just after the break.

If the forwards in front of them can rediscover some form, the West Midlands team has a good opportunity of staying on top this season, especially if Daryl Dike can remain fit and deliver the kind of dominating displays that helped him establish himself at Barnsley.

Despite a dip in form since the turn of the year, West Brom have a great home record dating back to last August, which will be put to the test on Monday night.

Rob Edwards made the decision to forego incremental growth with Forest Green Rovers in order to launch himself into the spotlight with Watford over the summer, risking becoming yet another Hornets manager who fails to stay a year.

However, overcoming a side of Sheffield United’s calibre was the best possible start for a manager who will be under continual scrutiny at Vicarage Road.

According to rumours, Watford had several opportunities to sign Joao Pedro this summer, but the young Brazilian scored the game-winning goal against the Blades.

While Ismaila Sarr and Emmanuel Dennis may leave Watford before the end of the summer transfer season, the groundwork appears to be in place for Watford to emerge as title contenders in the coming weeks and months. 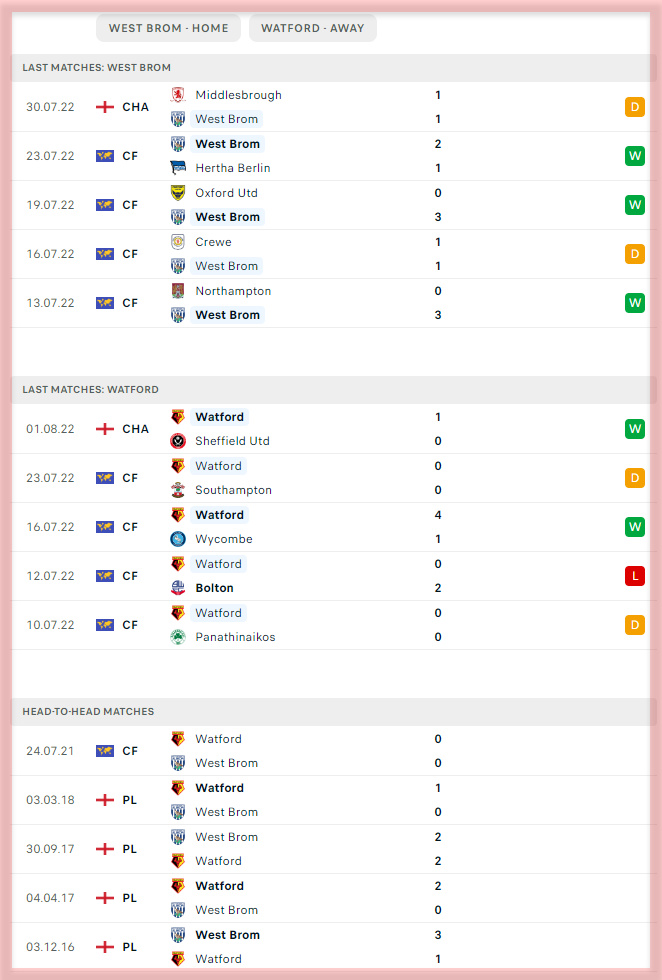