Werder Bremen, vs Augsburg – After a standout second division performance, Werder Bremen was promoted to the top flight at the end of the previous season. While all is going on, Augsburg is still one of the poorest teams in the Bundesliga after being one of the worst teams the season before.

The previous year, they placed 14th of of 18 teams in the German first division, just five points above the cutoff for relegation. Over the course of the campaign, they conceded a tonne of goals while only recording 10 victories.

Also keep in mind that they finished their run with a goal differential of -17. They now have the lowest goal total of any team in the competition and have a 100% losing record this time around.

Werder Bremen, though, has so far made the most of their promotion. They have thus far put on some outstanding displays and are scoring frequently.

It should be noted that they are completely dominant in front of their home audience, and they intend to make the most of that advantage today against their less-successful opponents.

Additionally, over the years and particularly at this stadium, they have a fantastic head-to-head record versus this foe. Werder Bremen will probably put on a successful display today.

Bremen won five of the previous seven matches overall while Augsburg won the most recent match 2-0. The hosts have won their last three games at this location. In the last three games played at this venue, the home team scored nine goals.

Bremen had gone unbeaten in six of their previous seven games overall, and they had also scored two goals or more in each of these seven contests. The fact that they only lost twice in front of their home crowd in the previous twelve months also merits special praise.

Augsburg has allowed five goals during a three-game losing run. Additionally, they had lost eight of their previous eleven games overall, and over the previous 13 months, they had only won five times away from home. These observations suggest that Werder Bremen will win today. 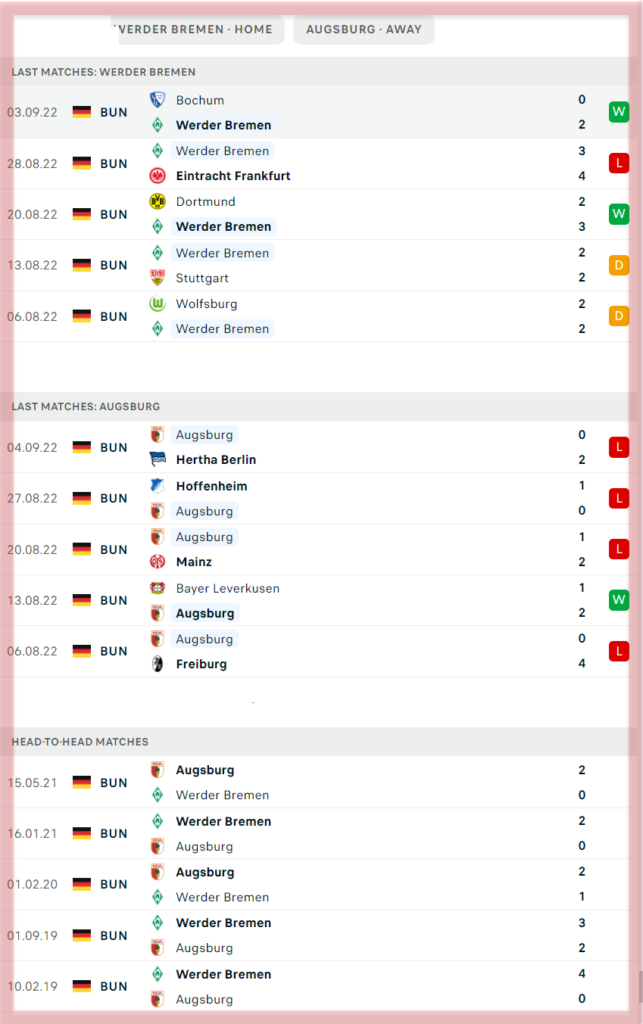