Werder Bremen vs Schalke – The season for Schalke is now past saving. With just one victory since the start of the current campaign, they are stuck at the bottom of the standings. To play Werder Bremen, they will now go to Weserstadion.

When the hosts overcame Hertha by a score of 1-0, they finally snapped their two-game losing record. They were able to move up to the eighth spot on the standings thanks to this victory. Their sixth triumph of the year is this one.

This season, the visitors have dropped roughly 66% of their games. They have lost their last six games, and if they keep losing, they will probably be dropped from the top division. They suffered a 2-0 defeat against Freiburg in their most recent league game.

They are also eliminated from the DFB-Pokal contest. If Thomas Reis doesn’t fulfil the team’s requirements, his career could be in danger. Thomas Reis has been tinkering with his team’s shape because he is currently anxious for a victory.

They are having trouble winning because of this, among other things. Only twice in the past month has the host lost. As the visitors are perhaps the most unimpressive squad this season, they now have the best opportunity to earn all three points.

The last time the home team triumphed at Weserstadion was more than three years ago.
The most recent meeting between the two squads took place in April of this year, with the current host winning 4-1. At Weserstadion, the last two games have ended in draws.

Four goals have been scored by Niclas Fullkrug in his past six games. He’s going to score in this game, that much is certain. Our prediction is 2-1 in favour of Werder Bremen, with an 8.50 odd.

In the previous five encounters overall, the host is undefeated. In front of their own fans, they have triumphed in two of their last three games.

The second prediction we have for this game is Both Teams to Score, with a 1.61 odd. Sixteen goals have been scored by each team in the last five games at Weserstadion.

Additionally, the odds for betting on Niclas Fullkrug to score at any point are 2.00. He had two goals against Monchengladbach earlier this month, and his goal against Hertha in the 85th minute helped the squad snap a two-game losing streak. 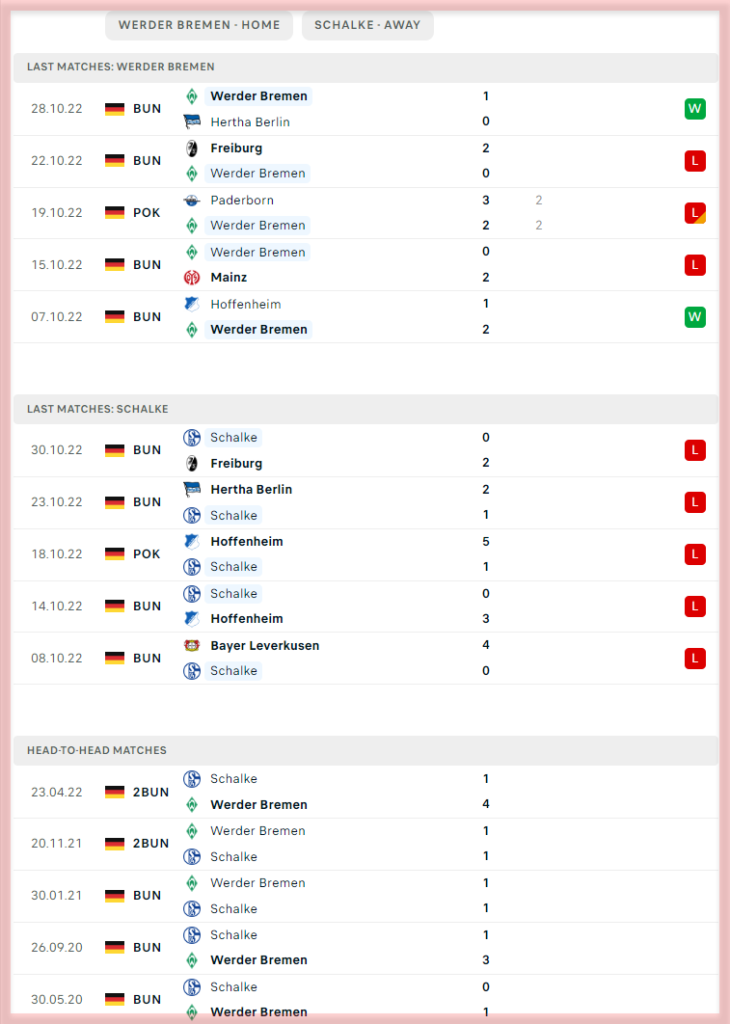