Wales vs Iran – Wales enters this match after a 1-1 World Cup draw with the United States. Wales had 41% of the ball in that game and attempted 7 goals, scoring one of them.

Gareth Bale (82′) was the lone player for Wales to get a goal. United States made 6 goal-scoring efforts, with 1 of them being successful. The United States scored through Timothy Weah (36′).

Wales has recently displayed defensive steel on a select few occasions. In reality, Wales have conceded 9 goals in 5 of their last 6 games by failing to stop their opponents from scoring.

Leaving that aside, we’ll just have to wait and see if the pattern will hold in the next game. Iran and their traveling supporters will be looking for a better outcome in this one after experiencing defeat to England in their previous World Cup match.

Iran had 22% of the possession in that game and made 8 efforts on goal, with 2 of them being successful. Mehdi Taremi scored the goal for Iran (65′, 103′). England’s opponents had 13 shots at goal, with 6 of those being on target.

Iran has scored 8 goals in their last six games, which is a total. On each of those occasions, Iran has also scored. Nine goals have been scored against their defense over that time.

Iran may find it challenging to score against this Wales team, who we believe should ultimately score and potentially hold a clean sheet as well. Therefore, we anticipate a very close game that Wales will win 1-0 after 90 minutes.

Wales will be viewed as the slight favorites for this match based on their performances earlier this week. We anticipate a tight, low-scoring tie in Al Rayyan, though Iran should benefit from having more time to recover and playing later in the day. 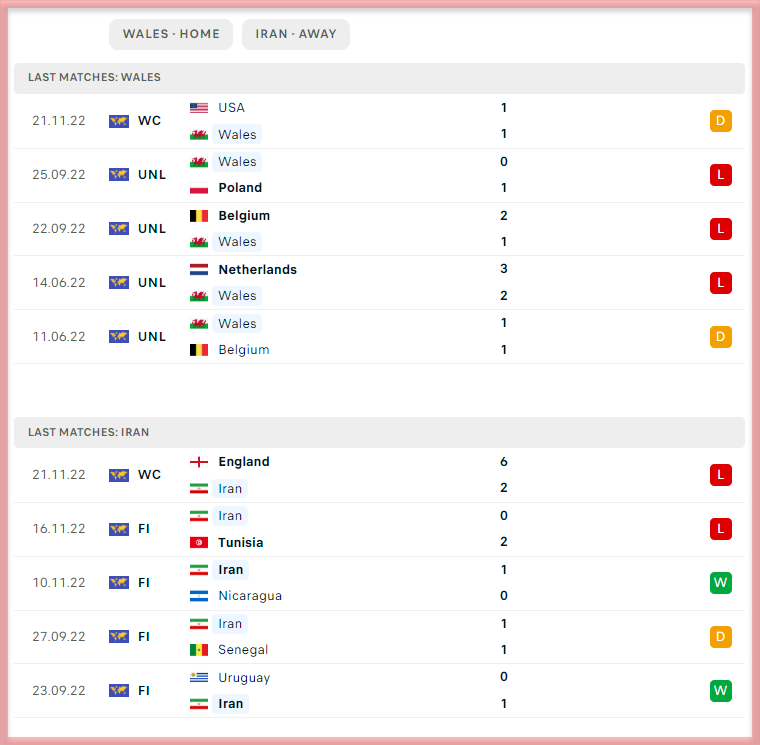