VPS vs Honka – Preview, and Prediction

VPS vs Honka – Right now Honka is ranked third in the standings and has had a great start to the competition. Even though they have two games in hand, they still need a total of just six points to move to the top of the league standings, making them one of the strongest offenses thus far this season.

Meanwhile, VPS had a bad start to their season, but they’ve since picked up the pace and are currently on a roll. In the wake of their recent success, they’ve gained a tremendous amount of momentum as a result.

The vast majority of the sides’ previous meetings have resulted in a flurry of goals. It’s only a matter of time before the two teams square off again on Wednesday night.

4 or more goals were scored in 3 out of the last 4 games. Both sides have scored in the last three meetings in the league. Last two games in this stadium, the visitors had scored three or more goals.

It had happened three times in the last five matches between these two teams at this location. All of VPS’s previous four games had ended in victories, and they had scored two or more goals in each of these contests. Also keep in mind that they scored five goals in their most recent match.

While Honka had won 12 of their previous 19 games, they had also scored two or more goals in five of their last eight matches, making this a difficult match for them. In addition, they have won eight of their last eleven road games. 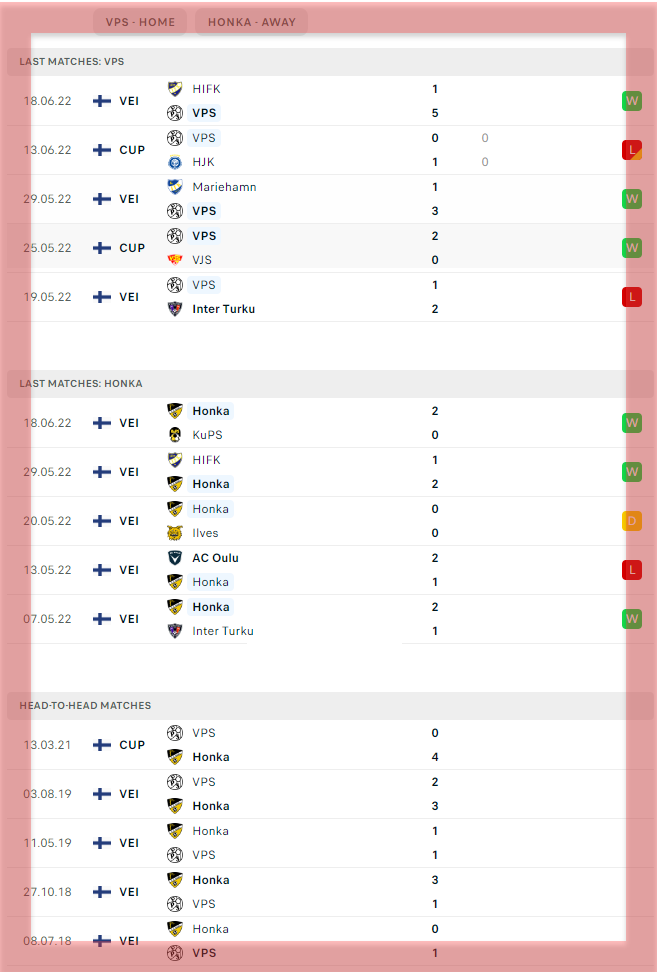