Vitesse vs Feyenoord – Preview and Prediction

Vitesse vs Feyenoord – Both Vitesse and Feyenoord are having bad spells of play at the moment, conceding a large number of goals. It’s been a while since either club put on a decent show, and they’ll be keen to get their respective seasons off to a solid start this Sunday.

Feyenoord finished third in the table in the previous season of the Dutch top flight, earning them a place in the upcoming Europa League. Despite their recent problems, it is worth noting that they have been finding plenty of back of the net.

Meanwhile, Vitesse finished sixth in the same table, earning a place in the Europa Conference League for the next season. It goes without saying that when these two clubs face off this weekend, there will be lots of mistakes and goals.

Vitesse had gone winless in 16 of their previous 22 games, going on three separate two-game losing streaks. They are also on a three-game losing streak in front of their home crowd, and they have allowed two or more goals in all three of these games.

Feyenoord, on the other hand, had lost 6 of their previous 8 overall matches, and 5 of their last 6 games featured 3 or more goals. Considering either team’s recent statistics, it is likely that goals will be scored from either end of the field.

Vitesse vs Feyenoord – Head -to- Head 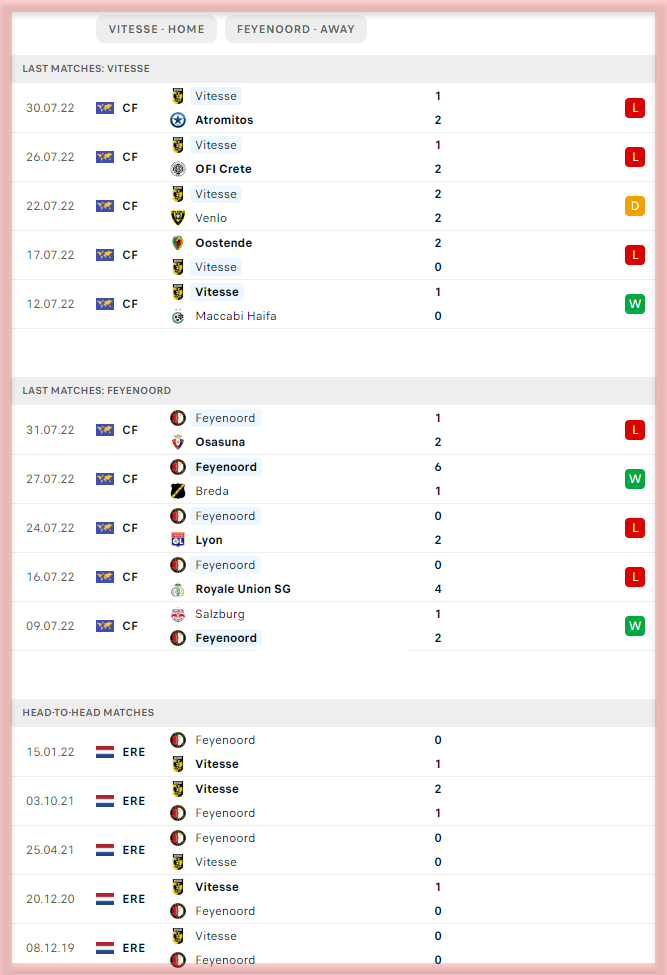