Vitesse vs FC Utrecht – Utrecht won the opening leg convincingly 3-1 at home, putting them in a strong position to reach the playoff final.

They’ll do everything they can to keep their two-goal lead, and they’ll be keen to take advantage of their opponents’ desperation.

Vitesse has no choice but to strive for goals from the start, since they must score at least twice in the 90 minutes. This will cause them to leave gaps in the back.

And the guests’ in-form offense will try to take advantage of the situation. Utrecht should win this Sunday, based on the current situation.

Utrecht has won the most recent match by a score of 3-1. Both sides have scored in the last four meetings. Both sides scored in nine of the previous eleven encounters at this venue.

The most recent match at this location ended in a 2-1 victory for the hosts. FC Utrecht versus Vitesse Analysis and prediction

Utrecht, on the other side, had gone undefeated in their previous seven games, and had only lost three times on the road since mid-December.

Based on the present form of both teams, Utrehct is projected to win this weekend. They also have a two-goal aggregate advantage coming into the second leg, as well as the confidence of a strong first-leg performance.

Expect them to win this weekend, based on the current situation. Vitesse has scored three or more goals in each of their last five games. In three of their previous five home games, they had allowed two or more goals. 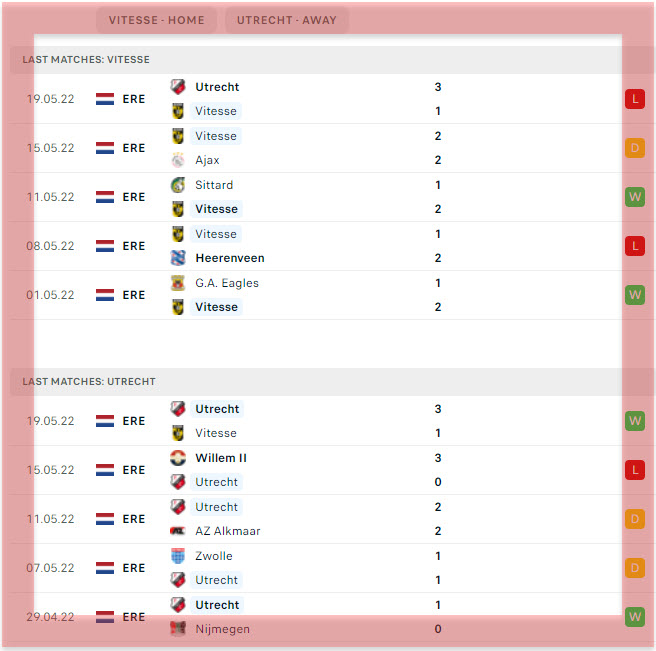