Viktoria Plzen vs Barcelona – Tuesday night’s game against Viktoria Plzen in the Czech Republic will be the last match of Barcelona’s futile UEFA Champions League season.

Only four points were earned by Xavi’s team in five games in Group C. With Inter Milan’s victory over Plzen six days ago, they have even mathematically lost all prospect of advancing from this group.

Prior to the last Matchday, Barcelona had a six-point lead over I Nerazzurri in second place thanks to a disastrous home loss to group winners Bayern Munich.

Given that the match against Viktoria Plzen has little bearing on the outcome, Xavi may very simply rest his key players, including Robert Lewandowski.

Being four points better off than Viktoria Plzen, who are now at the bottom of Group C, Blaugrana will participate in the UEFA Europa League.

Given that Viktoria will be extremely driven to score a major victory and at the at least secure a point to cap off their European travels for this season, we fail to see the value in backing the visitors at the 1.25 odds.

Even though Plzen just lost to Bayern Munich and Inter Milan in Champions League matches, and despite the fact that this is clearly not their level of play, we wouldn’t be surprised to see them win this match against Barcelona given the circumstances.

When these two clubs faced off in the same Champions’ League group eleven years ago, Barcelona enjoyed two straightforward victories with clean sheets.

In early September at Spotify Camp Nou, Barcelona thrashed Viktoria Plzen 5-1 on the first day of this Champions League campaign as well. In the past three meetings between the two teams, Blaugrana has outscored Viktoria Plzen 11-1.

After a challenging travel to the Estadio de Mestalla for the match against Valencia in Spanish La Liga on Saturday, Xavi will probably switch up his starting lineup and offer some respite to his major talents today.

At 2.10 odds, we can see the merit in betting on Viktoria Plzen to win in the +1.5 Asian Handicap. Those who enjoy betting on the right result can try their luck with a score of 1-1 at 11.00 odds. 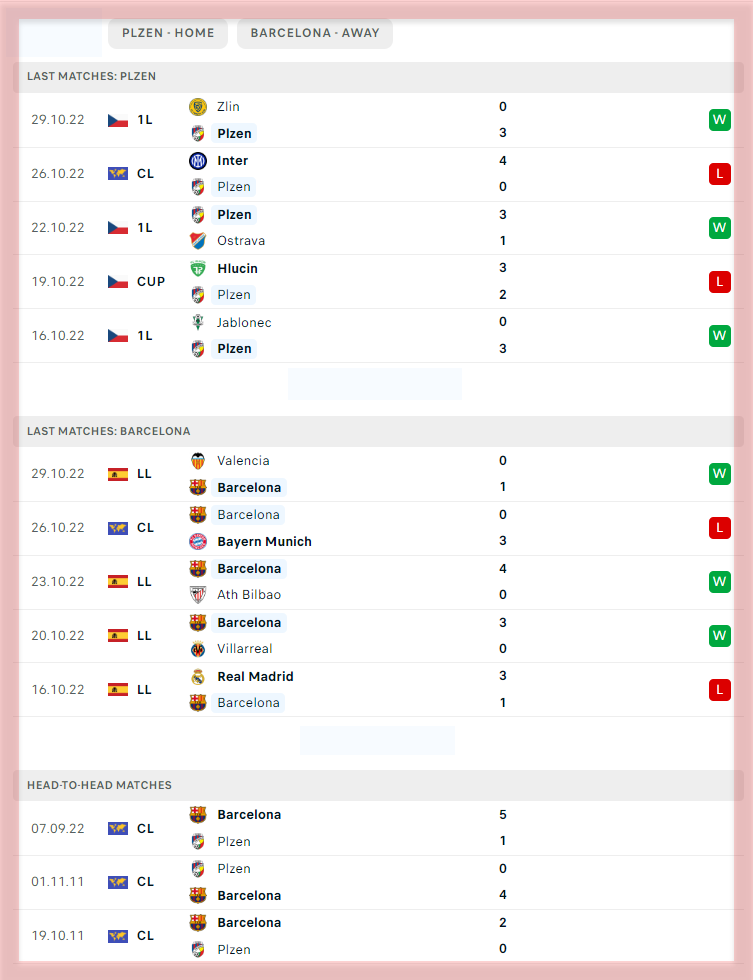