Verona vs Torino – Preview, and Prediction

Verona vs Torino – Both of these clubs missed out on making it beyond the European cutoff, and now their only goal for the rest of the season is to finish on a high note. Verona is now in ninth place in the table, and they have made every effort to qualify for the Conference League. Even though they improved their play in the second part of the season, the points they surrendered early in the season proved to be too much of a hurdle to overcome.

However, it should be mentioned that their recent results, particularly at home, have given them a lot of impetus. With this likely being their final home appearance for a few months, the team will be determined to give their adoring supporters one final treat.

Torino, their day’s counterparts, has an almost same story to tell. They, too, tried their hardest to place in the top seven, but were unable to do so. They even improved their road form, which was an area where they struggled in the early stages of the campaign.

In any case, the teams have nothing to lose and will go all out for a win. Furthermore, whenever these two have met on the pitch in a h2h match, goals have always been plentiful. Expect plenty more goals this weekend, based on the current situation.

Torino, on the other hand, was defeated 0-1 at home by Napoli last week. Prior to that, they had gone undefeated in six games and had scored seven goals in their previous two road trips combined. Both of these teams have nothing to lose, so expect plenty of goals this weekend when these two in-form attacks face off. 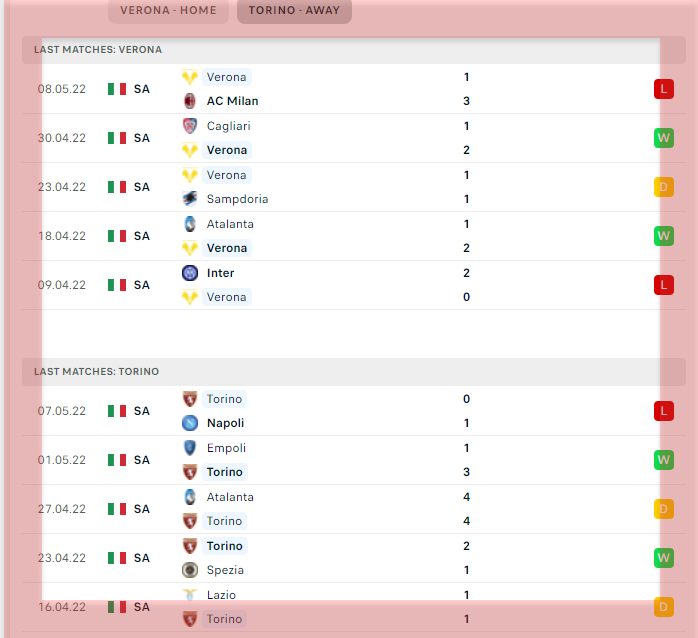