Venezia vs. Atalanta – Preview and Prediction

Venezia vs. Atalanta– In their first game of the season, Venezia were defeated 3-0 at home by AC Milan, but they are still four points clear of the relegation zone. Last season, they were eliminated from the Coppa Italia in the third round after losing 3-1 to Udinese.

With a 3-1 win against Ternana in the second division in December, they clinched a meeting against the Bergamo-based team.

In total, 48 games have been played between the two teams in all competitions, with the hosts leading 21-13 in wins and 14 games ending in draws.

This will be their sixth Coppa Italia meeting, and the two sides have been evenly matched in the cup matches, with two wins apiece and one game ending in a draw.

Venezia vs. Atalanta – Head to head 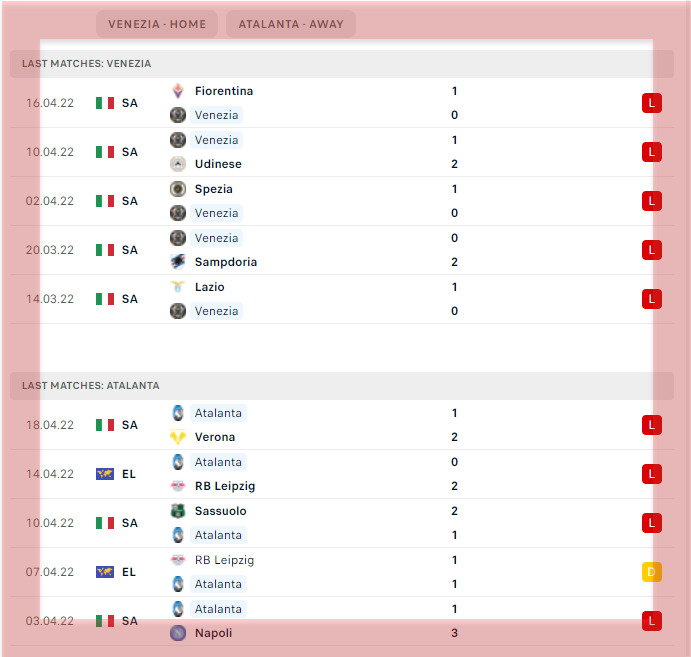