Velez Sarsfield vs Estudiantes – Velez Sarsfied are currently sitting in third place in Group C. Their recordings so far do not appear to be consistent. However, their recent results have been unbeaten, and they will be hoping to keep it up.

In their most recent match in this tournament, Velez Sarsfield upset Nacional 2-3 on the road to extend their unbeaten streak to two games. They’ll be trying to make it three with a win in their next match at home.

Estudiantes, on the other hand, has had a strong start to the season. They have yet to lose, winning four and drawing one of their five Libertadores matches so far this season. Their offensive and defensive lines appear to be in good shape as well.

In their most recent match in this competition, Estudiantes defeated Bragantino 0-1 on the road. It was their fifth consecutive win of the season. Following such a set of recordings, they will be in the best of spirits for their next match.

This season, Velez Sarsfield is yet to win at home. Their inconsistency had an impact on their home recordings as well. However, this is their final match of the Libertadores season to keep their hopes of finishing in the top two alive.

Estudiantes, on the other hand, won 1-0 and drew a disappointing goalless draw to remain unbeaten on the road. In light of their entire Libertadores performance, this isn’t a particularly spectacular recording.

Furthermore, Velez Sarsfield has recently had good results at home versus Estudiantes. As a result, we’re betting for them to beat Estudiantes on Tuesday. 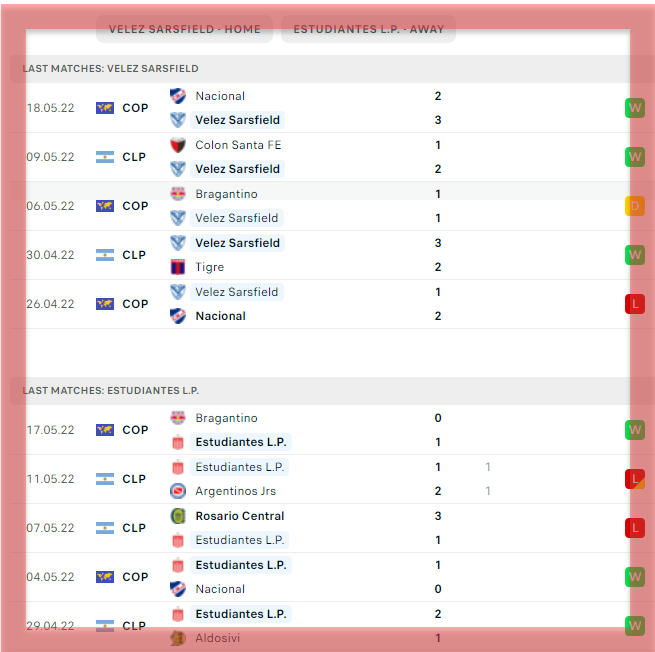