Varberg vs GIF Sundsvall – Varbergs got off to a good start, scoring three points in the first game of the Allsvenskan season. However, they were unable to maintain their form as they were defeated at home by Kalmar in their second match. They will be looking to win when they are given home advantage again in the upcoming league match.

Varbergs have gone undefeated in seven of their last ten matches in all competitions. Six of the seven unblemished records were positive.

Sundsvall, on the other hand, has had a dreadful start to the season. They conceded two or more goals in each of their first two league games. This kind of start isn’t going to inspire them. They’ll be trying to break their current losing streak with a win in the upcoming league match.

In all competitions, they have lost eight of their last ten games. They were defeated in six of seven games, allowing two or more goals. Given this, we anticipate a strong performance from Varbergs at Paskbergsvallen on Saturday when they face Sundsvall in an Allsvenskan match.

Varbergs have been in good form at home recently. In all competitions, they have gone undefeated in seven of their last ten home games. They haven’t met in this location in almost 5 years, and we’re not sure we want to record them there now, given the current state of their quality.

Sundsvall, on the other hand, has lost eight of their last ten road games in all competitions. They’ve lost five of their last six games, allowing two or more goals in each. As a result, we are rooting for Varbergs and predict that they will win this match. 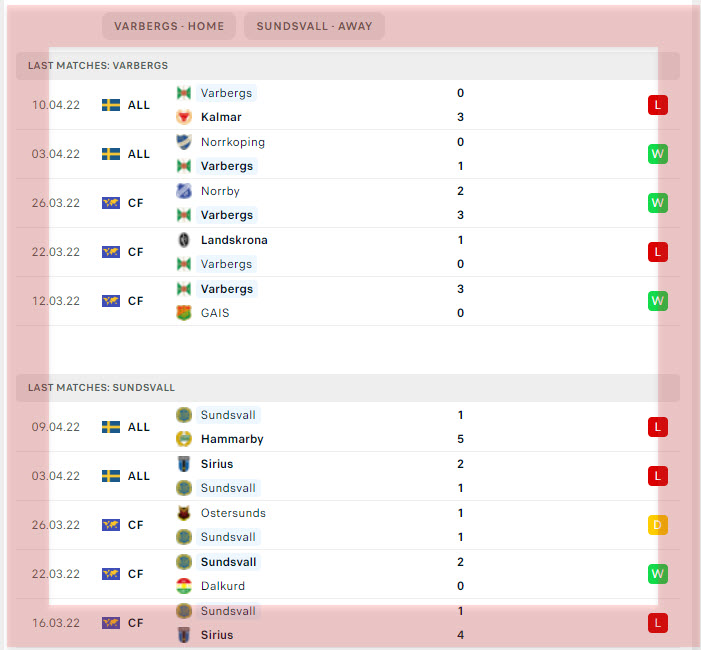