Valerenga vs Odds BK – Both of these teams are currently going through troubling performance runs in which they are giving up a tonne of goals.

As a result, they are both listed in the lower section of the table and are only managing to avoid being demoted. It goes without saying that both sides will view one another as the ideal opponent to obtain a much needed victory versus.

There is a good likelihood that goals will be scored frequently this weekend given the pressure both teams are playing under and their individual defensive statistics.

In addition, the bulk of head-to-head matches over the years have featured a significant amount of goals. Due to these factors, it is anticipated that this weekend’s BTTS wager would result in a profit.

In four of the last six meetings, both teams scored, and three or more goals were scored in five of the last nine matches. The most recent game played here had resulted in a 0-3 victory for the visitors.

The previous two overall victories on this field were evenly shared between each team, with one victory each. Three of Valerenga’s last four games have resulted in losses.

Keep in mind that they also gave up a total of 11 goals in the process. In addition, they had lost seven of their previous eleven home games and conceded four goals overall in their most recent home contest.

On the other side, Odd had lost their last three games while going winless in six of their previous nine games overall.

The majority of previous one-on-one meetings likewise included a tonne of goals. Given these findings, anticipate a high-scoring contest between the two today.

Only one other side has allowed more goals than Valerenga throughout the entire competition, and they have only won three games all season. With the exception of just two games, Odd have a 100% losing road record. 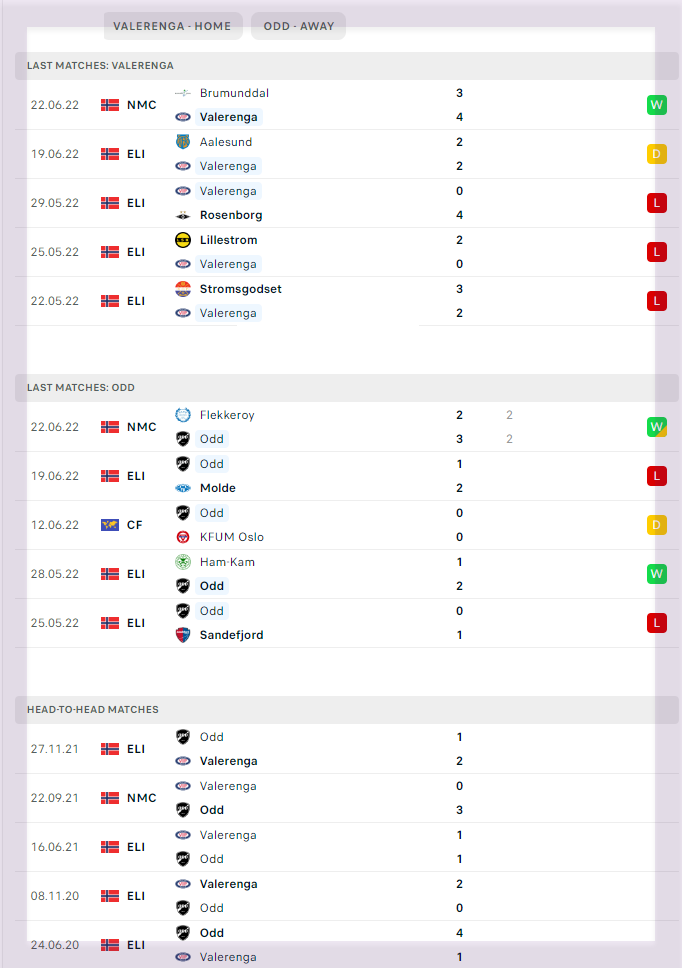 Our Predictions: Home Team Over 1.5 Goals