Valencia vs Celta Vigo -Valencia will play Celta Vigo at Estadio de Mestalla this Saturday in the last round of LaLiga. Celta Vigo is in 10th place in the table, having collected 46 points from 37 games. They were victorious 12 times in the league, drew 10 times, and lost 15 times. The visitors score goals, but they also surrender goals, implying that defensive modifications are required.

After a 1-0 home triumph over Elche, the club captained by Eduardo Coudet is fired up for this match. Celta Vigo has scored 9 goals in their last 6 games, giving them a goal per game average of 1.5.

Valencia, on the other hand, is only below them in 11th place on the table with 45 points. They won 10 of the 37 league matches they played, drew 15 times, and lost 12 times. Los Che have nothing to play for in this dead rubber of a match because they will neither qualify for Europe nor avoid relegation.

Valencia comes into this match on the back of a 1-1 LaLiga tie against Espanyol. During their past six games, they have only scored three goals against other teams. Los Che has also had 8 goals scored against them in those matches.

Los Che have won both of their prior league matches against this opponent. However, they have not won at home in the league in the last four games.

In the meantime, Celta Vigo has not won against this home side in the last five league matches played at Estadio de Mestalla. They’ve also lost four of their last six league road games. Based on prior head-to-head statistics and both teams’ current form, we believe Valencia will either draw or win this weekend. 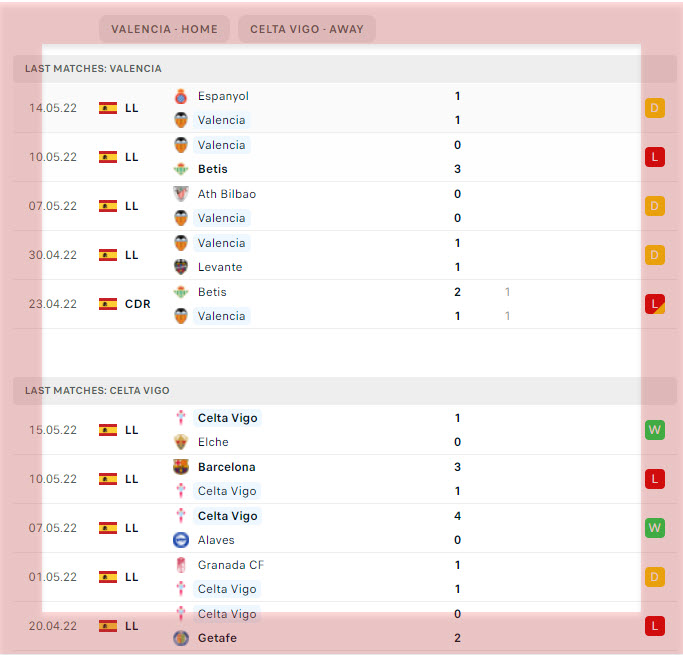