Utrecht vs Fortuna Sittard – Utrecht is currently struggling to maintain their top-seven position. They’ve dropped a lot of points recently, which has put some pressure on the team. The team is desperate for a win, thus the fact that they are playing a relegation-fighter this weekend is a bonus.

Sittard is not only ranked 17th in a table of 18, but they also have one of the poorest defenses in the entire competition. Furthermore, they have a dismal head-to-head record against this opponent. Utrecht should win this Saturday at the Stadion Galgenward, based on the current situation.

Utrecht had won six of their previous nine games overall, and two of their three losses in the Eredivisie this season had come against these two giants.

Sittard, on the other side, was defeated 0-2 at home by Heracles in the previous game week. They had also lost four of their previous five games overall, allowing a total of seven goals in their previous two matches.

Utrecht should win this Saturday based on these insights and their previous home-and-away dominance. Sittard has surrendered the most goals in the competition so far. Throughout the season, they have only won twice on the road.

Meanwhile, in the Eredivisie 2021-22, Utrecht has only lost three times at this arena, with two of those losses coming against PSV and Ajax. 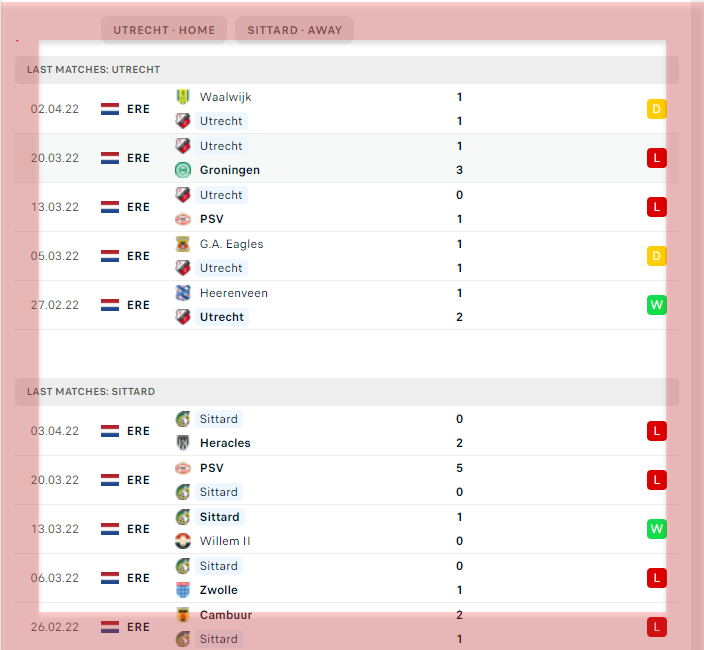