USA vs Wales – Preview, and Prediction

USA vs Wales – United States and Wales will lock horns in a super-important first round clash in Group B on Monday evening at Ahmad bin Ali Stadium in Al-Rayyan.

Most experts see England as the group winners, leaving the remaining three sides in contention for the runners-up place.

These two teams’ fortunes could thus well depend on their direct encounter in the maiden round and we can expect a big tension on Monday night.

Wales have suddenly managed to emerge as a force in Europe, qualifying for several consecutive big competitions and they earned the right to be in Qatar through the playoffs, beating the likes of Ukraine 1-0 in June this year.

Nevertheless, Robert Page’s troops had a disappointing campaign in the UEFA Nations League, clinching only a single point in six matches against the Netherlands, Belgium, and Poland.

They will rely heavily on Gareth Bale, while we can’t quite underestimate their Premier League players either, including the likes of Danny Ward, Ben Davies, Neco Williams, Harry Wilson, Dan James, Kieffer Moore, and Brennan Johnson.

United States have also won the latest CONCACAF Gold Cup, beating Mexico in the final. They have not conceded a single goal in the knockout phase of the competition.

The US’ defense is very tough to break down under Gregg Berhalter. Since Wales are anything but a strong offensive side, we would by no means be surprised to witness a low-scoring encounter on Monday in Al-Rayyan.

USA are well capable of keeping things quiet at the back, especially in big games such as this one. Most importantly, this is a winnable match for the USMNT whose players will be extremely motivated to shine after missing out on the previous edition of the tournament.

This is a huge game for both outfits and neither will want to take unnecessary risks early on. Wales have not scored in two previous meetings with the United States

Wales performed poorly in the most recent Nations League games, hence at the current 4.50 odds, we will favor USA to win and Under 2.5 goals FT as our key betting options. 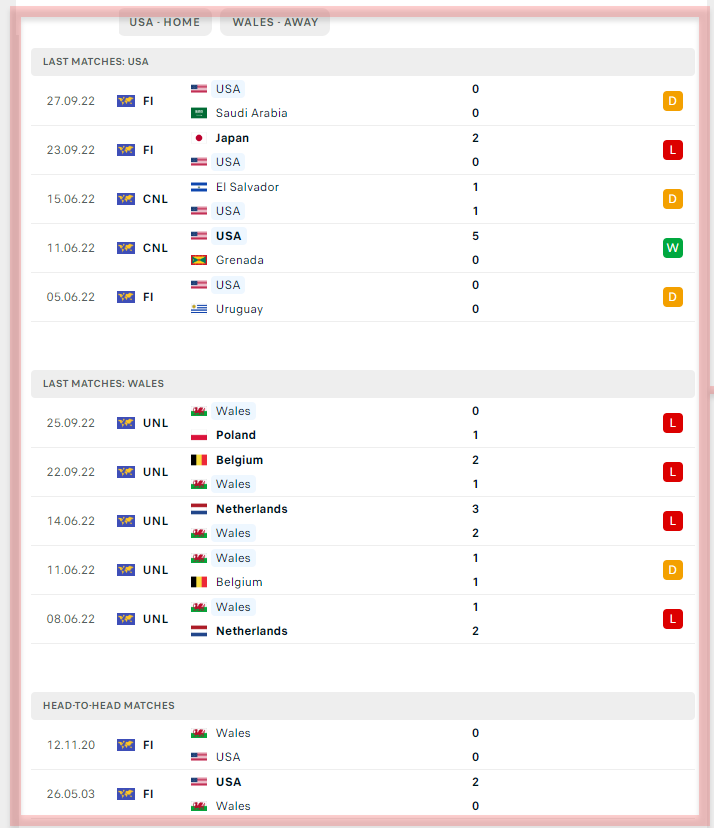