Uruguay vs South Korea – Uruguay did a fantastic job of finishing the South American World Cup Qualifying. They won four straight games to move up to third position in the standings, just behind unbeatable Argentina and Brazil.

Despite playing teams like Paraguay, Peru, and Chile over these four victories, La Celeste has only let up one goal. Diego Alonso’s team, who performed admirably in Russia four years ago, will undoubtedly have something to say in Qatar.

Uruguay eliminated Portugal in the round of 16 after finishing the group stage with a maximum of nine points. In the quarterfinal, the latter winners France were simply too powerful.

Although they may be long past their primes, Edinson Cavani and Luis Suarez’s experience will undoubtedly benefit the team, which already has enough skill in other areas.

In the previous nine World Cup matches, South Korea has only achieved one victory. It’s interesting to note that that one victory four years ago in Russia eliminated Germany from the group stage.

As they easily finished second in their individual group in the last round of the Asian World Cup Qualifications, the South Koreans had little issue clinching another trip on the largest platform.

Paulo Bento, a Portuguese manager, is in charge of South Korea. Heung-Min Son’s availability, who recently suffered an uncommon eye injury playing for Tottenham Hotspur in the Europa League, will be crucial to their success in the tournament.

The most recent speculations indicate that Son might potentially play in the opening match, partnering with Wolves attacker Hwang Hee-Chan to captain Korea.

Since they have won the last four CONMEBOL zone qualifiers, Uruguay will enter this competition in excellent spirits and with excellent equipment.

With all due respect to Son, South Korea, and Asian football, Uruguay is clearly the favourite here, and anything other than their victory on Thursday would surprise us greatly.

Darwin Nunez can score at any time at 3.50 odds, but Uruguay to win by a score of 0 is the main selection. 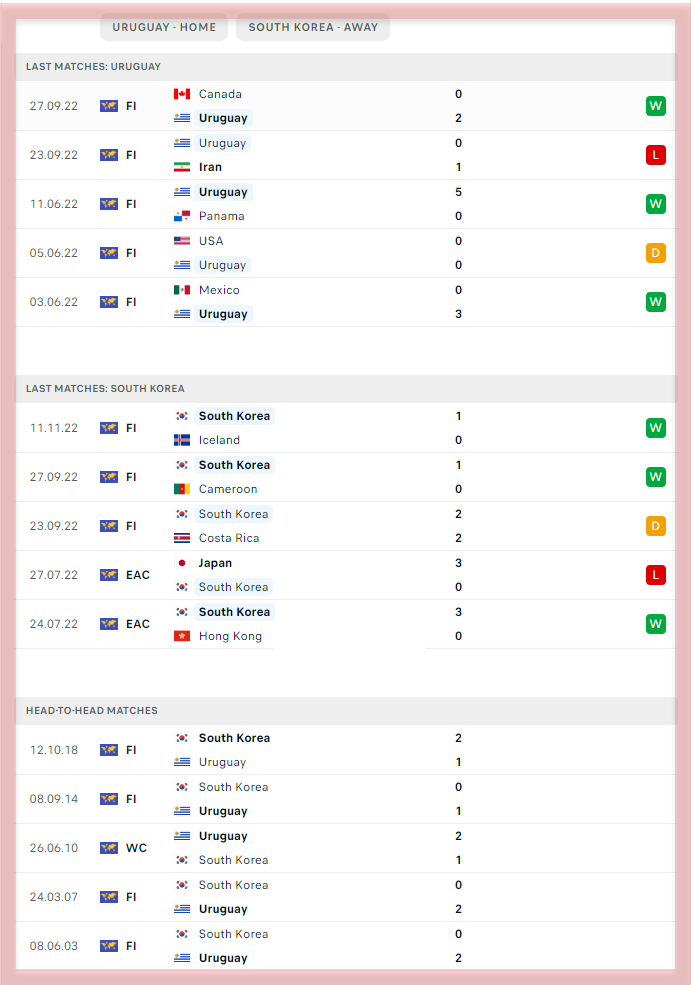