Union St. Gilloise vs Union Berlin – As group champions, St. Gilloise have already secured their place in the knockout rounds. Naturally, this relieves strain on them. Union Berlin is incredibly motivated to deliver a victory this Thursday because they have yet to guarantee a second-place finish.

Keep in mind that Malmo has a 100% losing record thus far, and it is reasonable to anticipate that Braga will score three points on Thursday.

For Union Berlin, this would be nothing short of catastrophe. As a result, they must win this forthcoming contest to prevent any such incident.

It helps that St.Gilloise, their opponents, may not even start with their strongest eleven because they have nothing left to play for. The Berlin-based team must utilise this to the fullest extent possible.

They are currently in good shape and have the added assurance of being the only side in the group from one of the top five European leagues.

Union Berlin should triumph on Thursday. They need goals badly, though, and the hosts are free to take any risks they please. As a result, prepare for many goals at once.

St.Gilloise defeated the other team 0-1 in their lone meeting, and currently having a winning streak, Union Berlin is without a doubt the group’s most talented team. This season, they have also put on incredible displays in the German Bundesliga.

You can rely on them to put on an outstanding performance this Thursday and to defeat St. Gilloise, who might not be giving it their all on the field.

The hosts are not under any pressure, but the Germans’ utter desperation could cause them to make a number of mistakes. As a result, there is a good likelihood that goals will come from either end of the field. 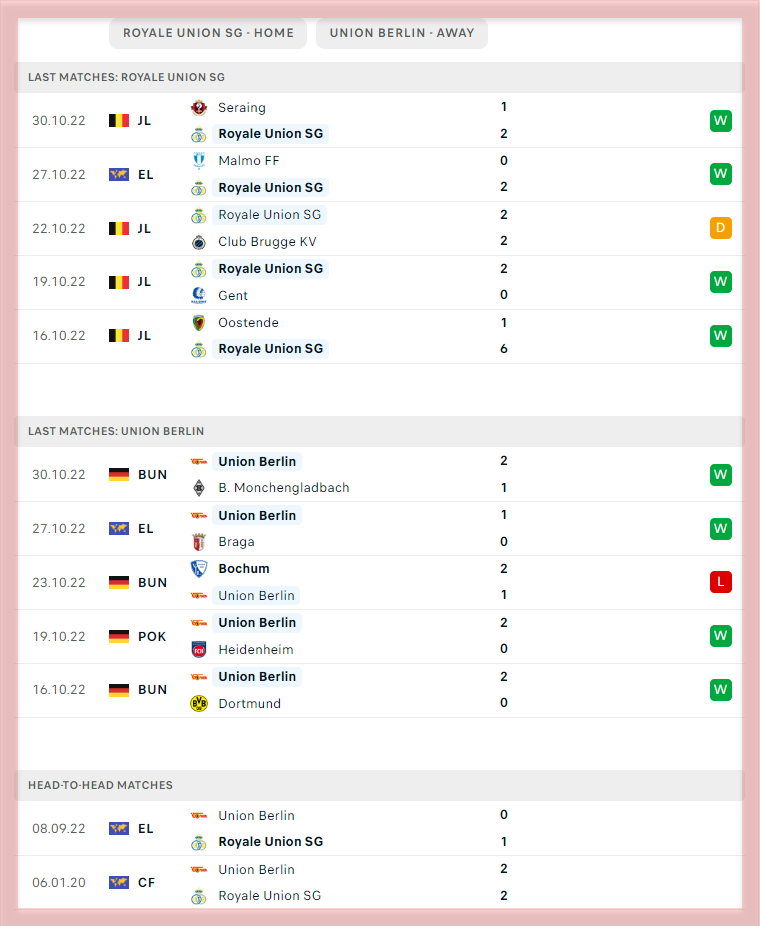