Union Berlin vs Bochum – Following their respective recent victories, both Union Berlin and Bochum will enter their match on the last day of the 2021/22 Bundesliga season in high spirits. Union Berlin beat Freiburg 1-4 on the road to take a huge step towards ensuring UEFSA Europa League status for next season.

Last weekend, the club managed by Swiss manager Urs Fischer scored four goals at Europa-Park Stadion to leapfrog FC Koln into sixth position in the Bundesliga standings. They are already two points ahead of the Billy Goats in the league table, and a win against Bochum today would guarantee them a spot in the Europa League group stage next season.

Union Berlin failed to progress from the Europa Conference League group stage this season (in the group with Feyenoord, Maccabi Haifa, and Slavia Prague). They will undoubtedly be fired up to beat Bochum and take a step ahead by qualifying or competing in the second-best European competition next year.

Nonetheless, beating Bochum will be no easy feat, as the visitors come into this encounter on the back of consecutive league victories over the likes of Borussia Dortmund and Arminia Bielefeld in the previous two games. In the process, Bochum has scored six goals. Knowing they haven’t kept a clean sheet in their last four league games, we should expect a high-scoring match when they meet Union Berlin.

Because both sides have been scoring goals like crazy lately, the Over 2.5 goals FT & Both Teams To Score prediction is certainly worth backing at 2.05 odds. We also favor Union Berlin to Win & Both Teams To Score at 2.87 odds since the match is more important for the hosts, who have dominated this clash at Stadion An der Alten Forsterei in the past. 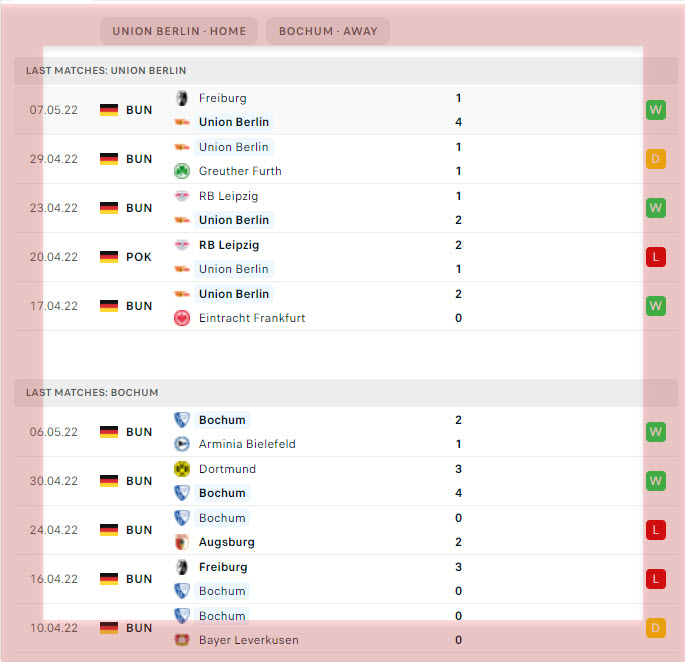