Umraniyespor vs Alanyaspor – Preview, and Predictions

Umraniyespor vs Alanyaspor – This season, Umraniyespor has reached an all-time low. They are the only squad in the league that has not yet recorded a victory. They face a huge test when they play host to Alanyaspor at Ümraniye Hekimbaş ehir Stadium.

This season, the home team has lost 72% of its games. They only had one successful outcome last month, a 2-2 tie with Kayserispor. In their most recent game, they suffered a 5-2 defeat against Besiktas.

The number of visits increased significantly at the conclusion of the previous month. In their last three games, they have won twice, including a crucial 3-2 triumph over Antalyaspor. In their most recent league game, they won 2-0 over Gaziantep.

The team moved up to ninth place on the table thanks to this victory. Since their opponents for this game are stranded at the bottom of the table, they will try to keep up this form.

Francesco Farioli’s team has been playing well lately; they have only lost once in their past five games. In addition, Jure Balkovec has goals in his last two games.

Both teams will be playing each other for the first time in this game, and in their last six contests at Ümraniye Hekimbaşehir Stadyumu, the hosts have lost five of them.

In each of their previous three league games, the visitors have scored at least two goals. Our first prediction is that Alanyaspor will win this game; the odds for this prediction are 2.20.

It’s critical to realise that the home team has lost every game this year. Additionally, the visitors have gone three games without a loss.

Additionally, our next prediction for this game is that Alanyaspor will score more than 1.5 goals; the associated odds are 2.00.

In each of their previous three league games, they have scored at least two goals. This pattern will likely continue this time around, too. 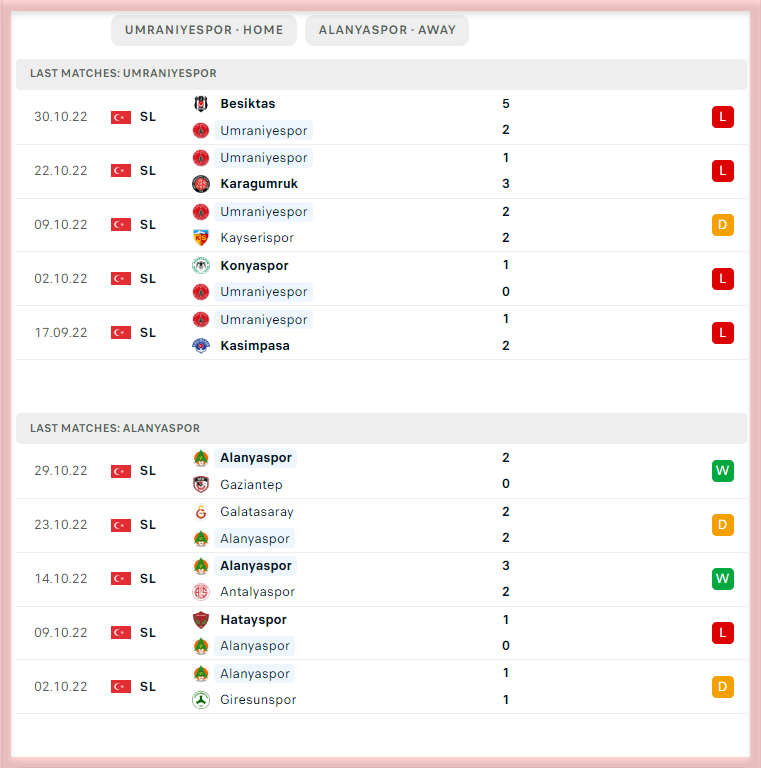