UCD vs Bohemians – Preview and Prediction

UCD vs Bohemians – On Thursday, University College Dublin will host Bohemians in the UCD Bowl in an attempt to move off the bottom of the Ireland Premier League table.

In contrast to the visitors, who have gone winless in their last two outings, the hosts have only one victory to their credit thus far this season. University College Dublin has had a difficult season, winning just one of its 21 games so far and falling to the bottom of the league in the process.

The victory was also away from the UCD Bowl, where the club has yet to earn three points in front of their home fans, a situation they hope to reverse on Thursday night.

In the six games since their last win, Andrew Myler’s team has gone winless, and they enter this match after three straight losses. In their most recent defeat, University College Dublin was beaten by Dundalk, who scored three goals in the second half to make it two games in a row without a goal.

The team has struggled mightily to score goals this season, as they have only done it 12 times, the fewest of any team in the division. The visitors are now in sixth place in the division, and they have the opportunity to put some pressure on the teams above them this week.

Despite this, Bohemians will be hoping to put a string of defeats behind them as they play one of their games in hand on some of the other teams in the league in this specific encounter.

Dawson Devoy’s own goal proved to be the difference between Keith Long’s side and Derry City in their most recent encounter. Despite the fact that Alistair Coote and Devoy were both on the scoresheet for Bohemians, it was not enough and they must now respond. That they were able to record a 3-0 victory over their opponents in the last meeting will give the Bohemians hope for a repeat performance.

UCD vs Bohemians – Head -to- Head 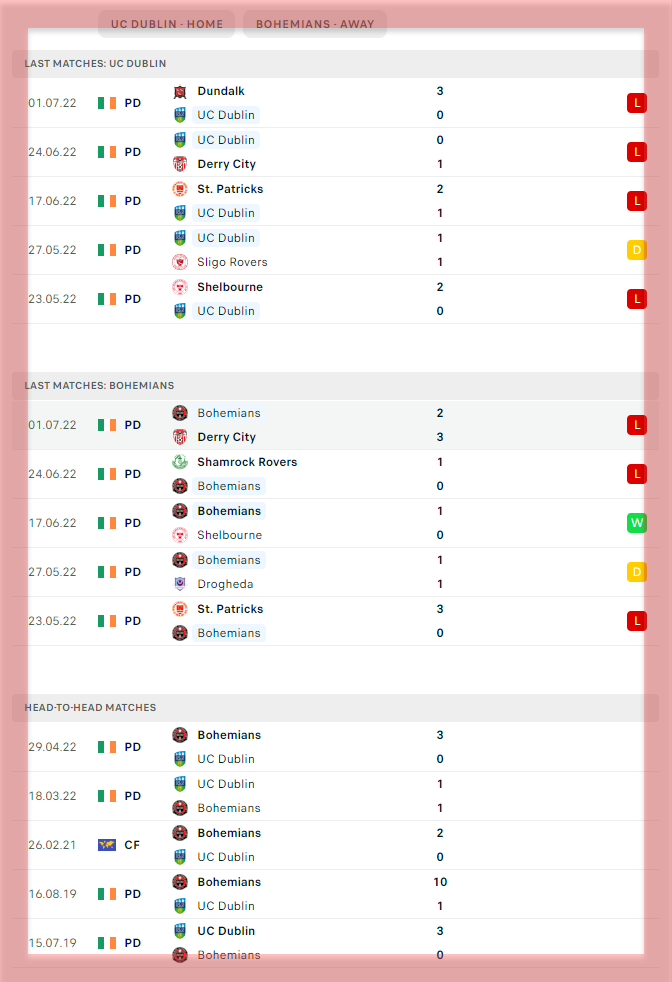