Twente vs RKC Waalwijk – RKC Waalwijk’s third loss of the year came as a result of Brian Brobbey’s two goals in the second half. On Matchday 12 of the Eredivisie, they will now go to De Grolsch Veste to put Twente’s defense to the test.

Recently, the host has been performing well. They have won three of their past four league games, with the exception of their 2-0 loss against Feyenoord.

They defeated Cambuur in their most recent game, picking up three significant points. The game-winning goal was scored by Ricky Van Wolfswinkel in the waning seconds. The club moved up to the fifth spot on the standings thanks to this victory. RKC last enjoyed a victory on October 7 against Groningen; even in the KNVB Cup tournament, they fell to De Treffers by a score of 2-0.

Be aware that the visitors have lost approximately 45% of the games that have finished in ties. They are now listed in ninth place on the table as a result. The goal for Ron Jans’ team is to finish in the top three, and in order to do that, they must produce consistent victories.

We can anticipate the home team winning this match because they are on a two-game winning streak. The squad will also probably put forth a strong defensive effort because they have kept two clean sheets in a row. Both Teams to Score in the Second Half is the first prediction for this game; the odds for this prediction are 3.25. The home team has scored all four of its goals in the second half of the last two victories.

In addition, Mika Biereth scored twice for RKC against Groningen after the 60th minute. Our second prediction for this game is that Twente will win by a score of 2-1; the associated odds are 8.50. The host has prevailed by the same score in both of their most recent meetings overall. 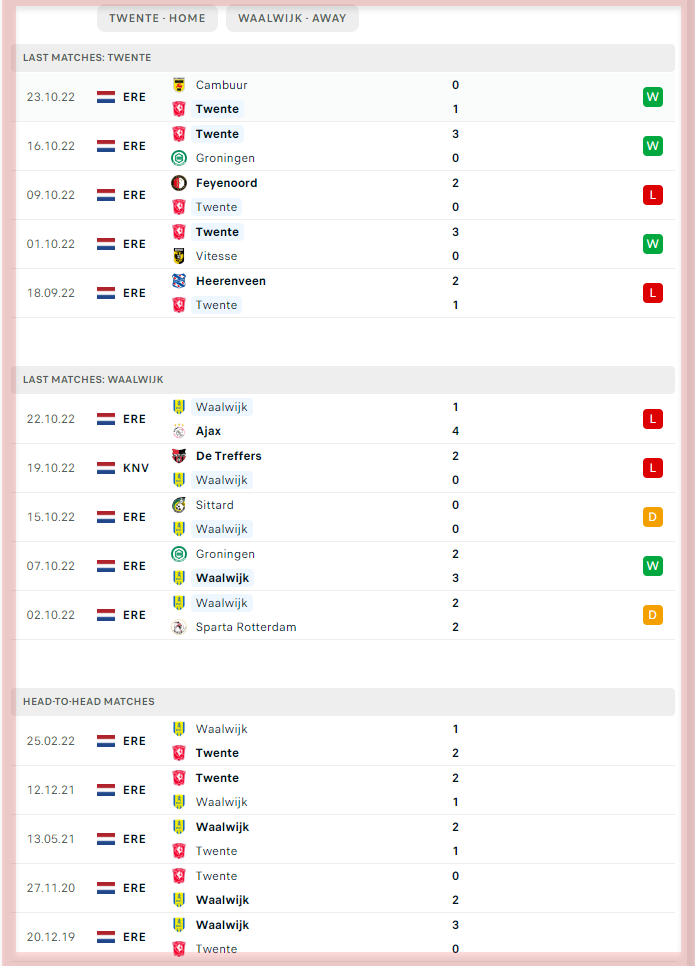