Tromso vs Stromsgodset – Preview, and Prediction

Tromso vs Stromsgodset – Tromso’s season began with a mediocre performance. They have become much worse within the league. However, they appear to be improving recently despite still being winless. Their defensive line-up appears to be lacking, but their offensive side appears acceptable.

Stromsgodset, meanwhile, enjoyed a strong start to this season. They were unable to keep it up, though, as they continued to go winless in some of their most recent games. By avoiding inconsistent recordings, they will be attempting to improve their performance.

In their last 10 head-to-head contests with Tromso, Stromsgodset has triumphed four, tied three, and lost three times, and in seven of the previous ten head-to-head matches between these two teams, the both teams to score option was successful. Their most recent encounter here resulted in a scoreless draw.

In their most recent league game, Tromso suffered a demoralising 5-1 loss against Molde on the road. With that loss, they broke their league-leading streak of seven unbeaten games. They will be attempting to grab a three-pointer in their upcoming game in an effort to extend the run.

They have recently displayed an excellent form at home. They have gone four league games without a loss here. In fact, thus far this season, they have only suffered one home loss. Such a shape appears to be more than enough to be upbeat.

On the other hand, in their most recent league match, Stromsgodset and Odds drew 0-0 at home. In the previous four league games, it was their third consecutive winless record. It’s not a good sign when a form is so erratic.

On the road, Stromsgodset is currently in bad shape. They have lost their last two road league games, starting a streak of three straight road games without a victory. In light of the data presented above, we are left to support Tromso in their effort to defeat Stromsgodset.

Tromso vs Stromsgodset – Head To Head 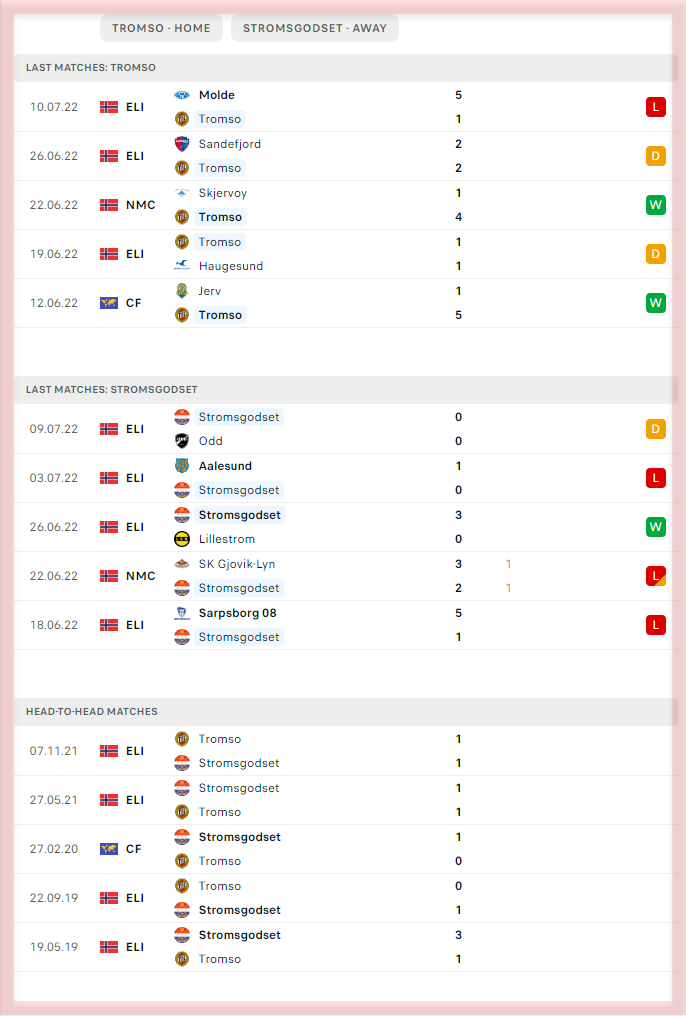