Trabzonspor vs Ferencvaros – Preview, and Predictions

Trabzonspor vs Ferencvaros – Tomorrow, a Europa League match between the current champions of Hungary and Turkey will take place at Medical Park Stadium.

Although Ferencvaros currently leads Group H, they will need further victories to take the lead by the completion of the group games. Monaco has a slim chance of overtaking the top spot, but it is still possible.

Ferencvaros has had success this season, winning three of their four Europa League games. Even if their attacking and defensive sides might use improvement, they have played without much difficulty.

Trabzonspor, on the other hand, is inconsistently shaped. Even though they previously won the Turkish Cup, they have not shown any of that swagger this time around.

Their Europa League performance is the same. It must be acknowledged that they have dropped three of their five games and do not now possess the ability to defeat Ferencvaros.

However, given that Ferencvaros’ defence has given up goals in the last three Europa League games, we should anticipate them to let a goal from the other end.

However, it won’t have an impact on their chances of winning this game. Tomorrow should be a good day for the visiting fans, based on the current situation.

They have only ever met once, and that meeting took place in the opposite match, which Ferencvaros won 3-2. Despite winning every home game in this Europa League season, the hosts won’t be overconfident while playing a side like Ferencvaros.

It’s important to remember that they had scored six goals overall in the previous two UEL games played at this venue. But by defeating Trabzonspor, Ferencvaros will be looking to take first place in Group H’s standings. We anticipate a game with several goals, similar to the reverse match. 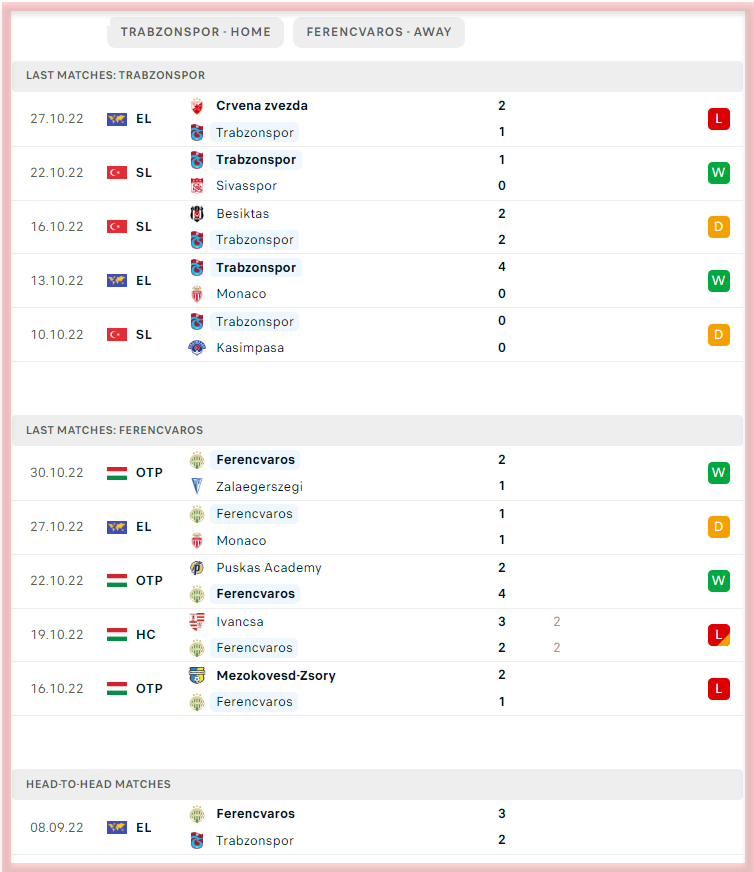